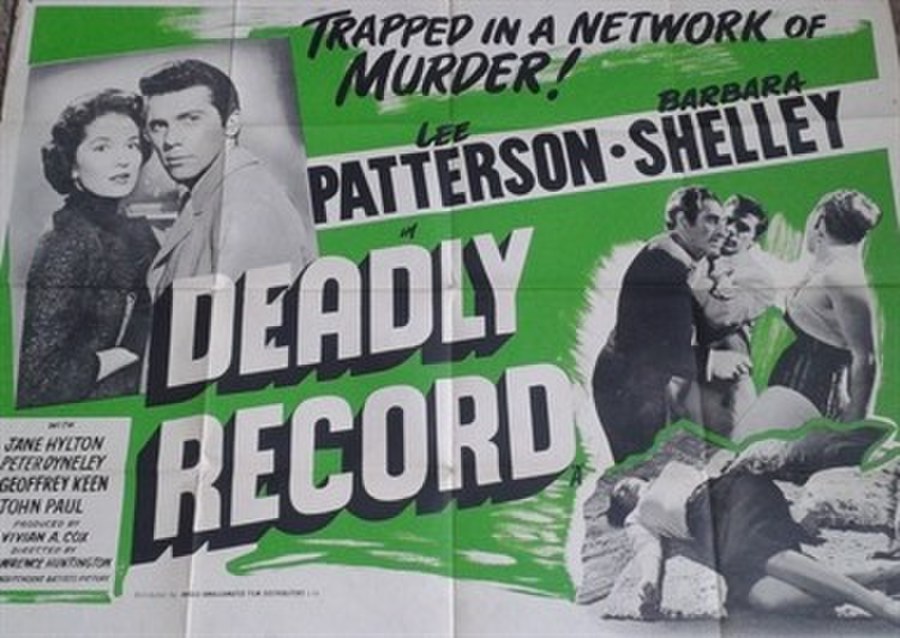 Deadly Record is a 1959 'B' feature British crime drama directed by Lawrence Huntington, and based on a novel by Nina Warner Hooke. It aired in the US as part of the Kraft Mystery Theatre. When airline pilot Trevor Hamilton's wife is murdered, he is wrongly accused of the crime.