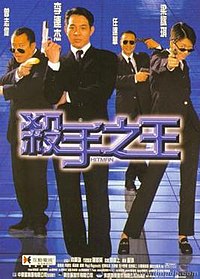 In Hong Kong, a mysterious hitman known as the "King of Killers" has murdered a wealthy ex-yakuza crime boss named Tsukamoto. Because Tsukamoto had established a revenge fund in case of an assassination, a US $100 million bounty is placed upon the King. The deceased's power hungry grandson, Eiji, becomes the new head of the Tsukamoto family and one of the bounty hunters.