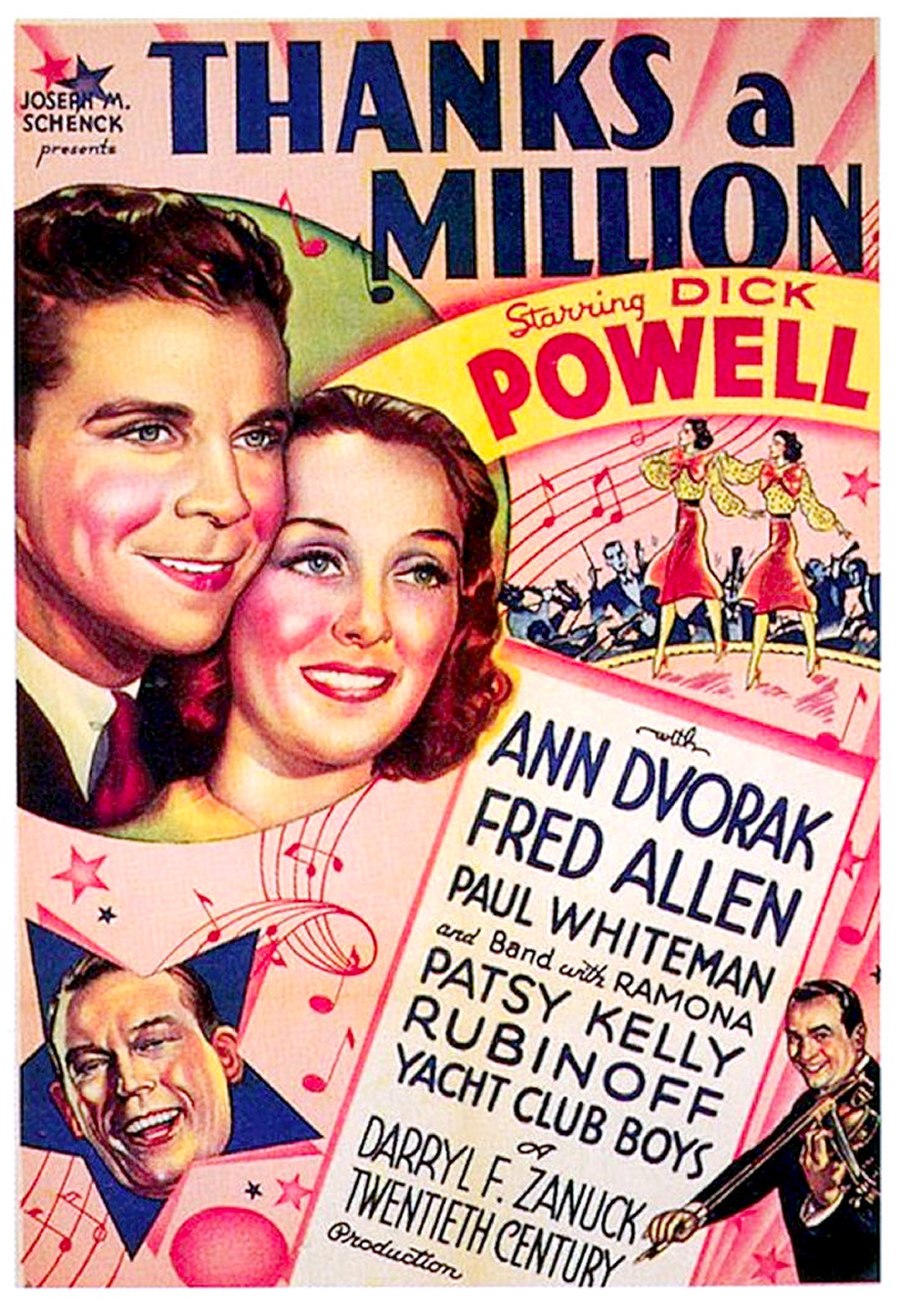 Thanks a Million is a 1935 musical film produced and released by 20th Century Fox and directed by Roy Del Ruth. It stars Dick Powell, Ann Dvorak and Fred Allen, and features Patsy Kelly, David Rubinoff and Paul Whiteman and his band with singer/pianist Ramona. The script by Nunnally Johnson was based on a story by producer Darryl F. Zanuck (writing as Melville Crossman) and contained uncredited additional dialogue by Fred Allen, James Gow, Edmund Gross and Harry Tugend.

Stranded in a small town in a downpour, the manager of a traveling musical show (Fred Allen) convinces the handlers of a boring long-winded local judge running for governor (Raymond Walburn) to hire his group to attract people to the politician's rallies. When the show's crooner, Eric Land (Dick Powell), upstages the judge, he's fired, but on a return visit he saves the day by standing in for the judge, who is too drunk to speak.