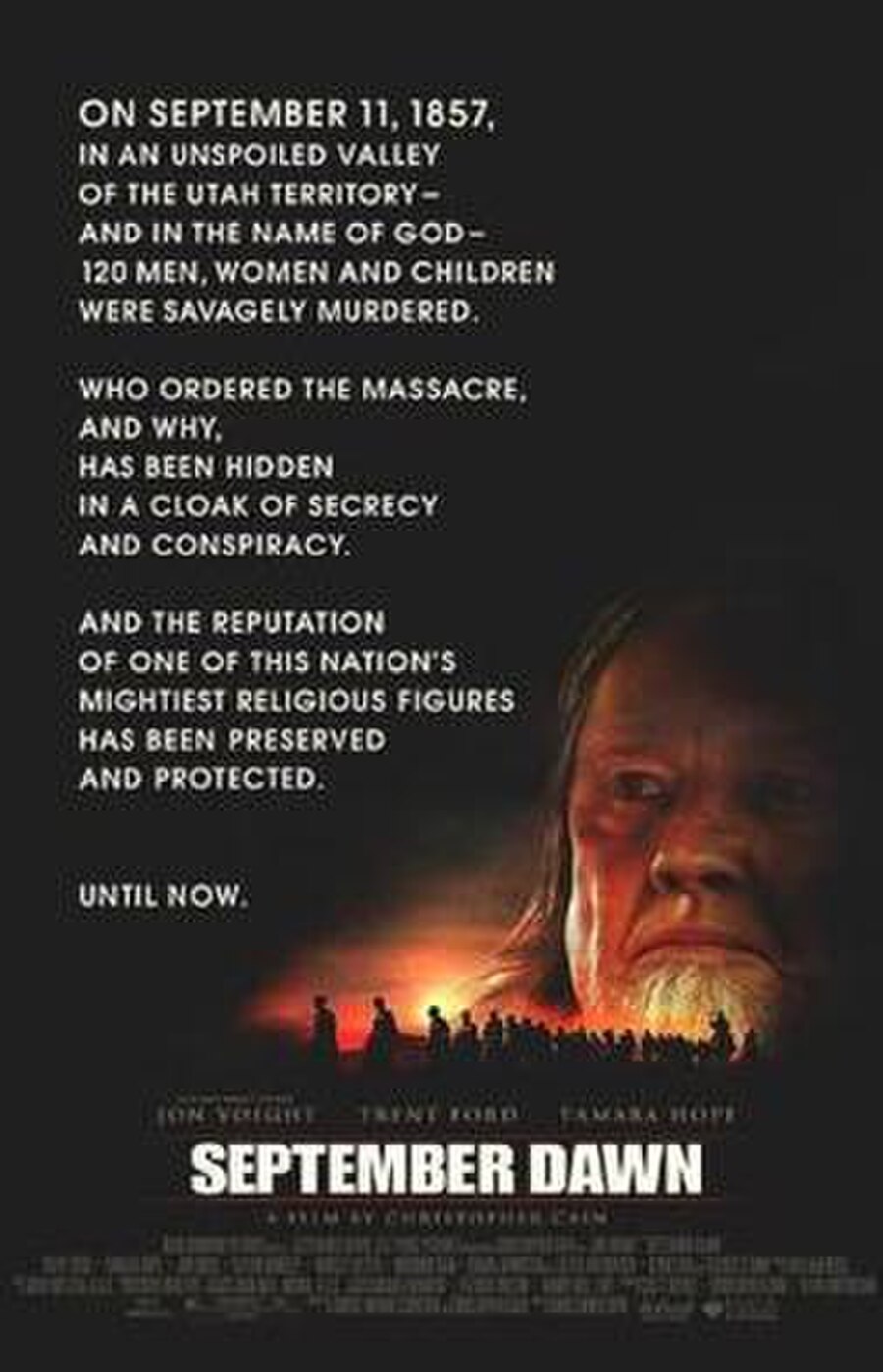 September Dawn is a 2007 Canadian-American Western drama film directed by Christopher Cain, telling a fictional love story against a controversial historical interpretation of the 1857 Mountain Meadows massacre. Written by Cain and Carole Whang Schutter, the film was a critical failure and box office disappointment.

The fictional love story between Emily Hudson, the daughter of the wagon train's pastor, and Jonathan Samuelson, the son of the local Mormon bishop, plays out against the build-up to the tragedy itself. The film begins with the deposition of Mormon leader Brigham Young. The Baker–Fancher party is then depicted crossing Utah on its way to California. The party encounters a group of Mormon militiamen, who advise them to move on. Bishop Jacob Samuelson defuses the situation but is disturbed to learn that the Fanchers have a woman wearing men's clothing and are delivering racehorses to California to be used in gambling. He is also upset to learn that some are from Missouri, whose inhabitants he blames for the death of Joseph Smith and for persecuting Mormons. He instructs his sons Jonathan and Micah to keep an eye on them.