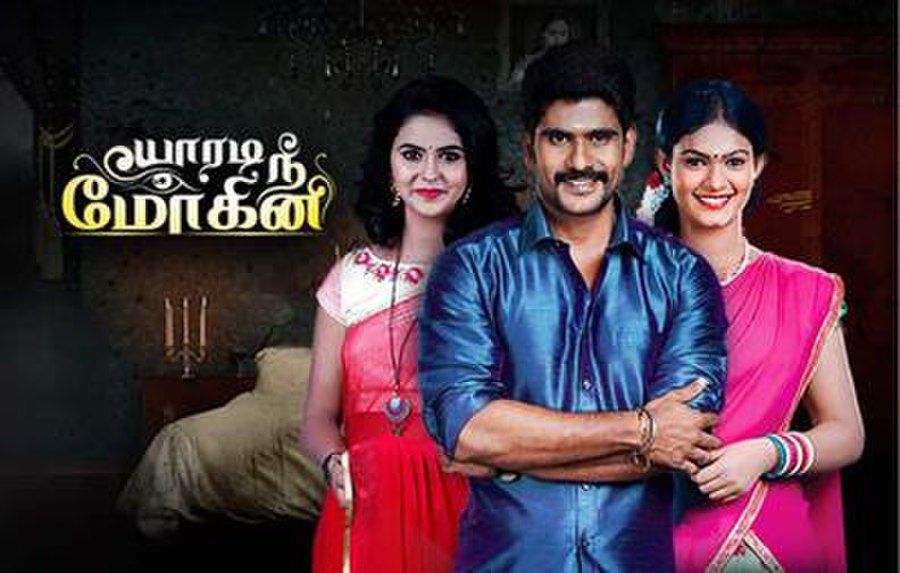 Yaaradi Nee Mohini ( Who are you, Ghost) is an Indian Tamil-language soap opera starring Shreekumar, Nachathira, Chaitra Reddy, Fathima Babu and Yamuna Chinnadurai. It started airing from 24 April 2017 on Zee Tamil and now also on Zee5, even before TV telecast. It is claimed to be the second-highest budgeted series in South Indian television.

Mutharasan (Shreekumar) is the grandson of a rich landlord. He loses his mother and his father Thanikachalam (Ravi Varma) remarries Neelambari (Fathima Babu). He does not know that Neelambari is plotting to kill him, and in fact respects and trusts her. Meanwhile, Vennila (Nachathira) his cousin loves him and wants to marry him. Neelambari secretly plots against him to acquire his father's property for her children; however, a clause in the will forbids her, as it says Mutharasan's wife must sign. Neelambari brings Swetha (Chaitra Reddy) her niece to marry Muthu and supports her. Meanwhile, Chitra (Yamuna Chinnadurai) (Mutharasan's dead wife) ghost is now out to spoil Neelambari's evil designs. After few days Neelambari and her gang found it is spirit of Chitra who spoils their plan.