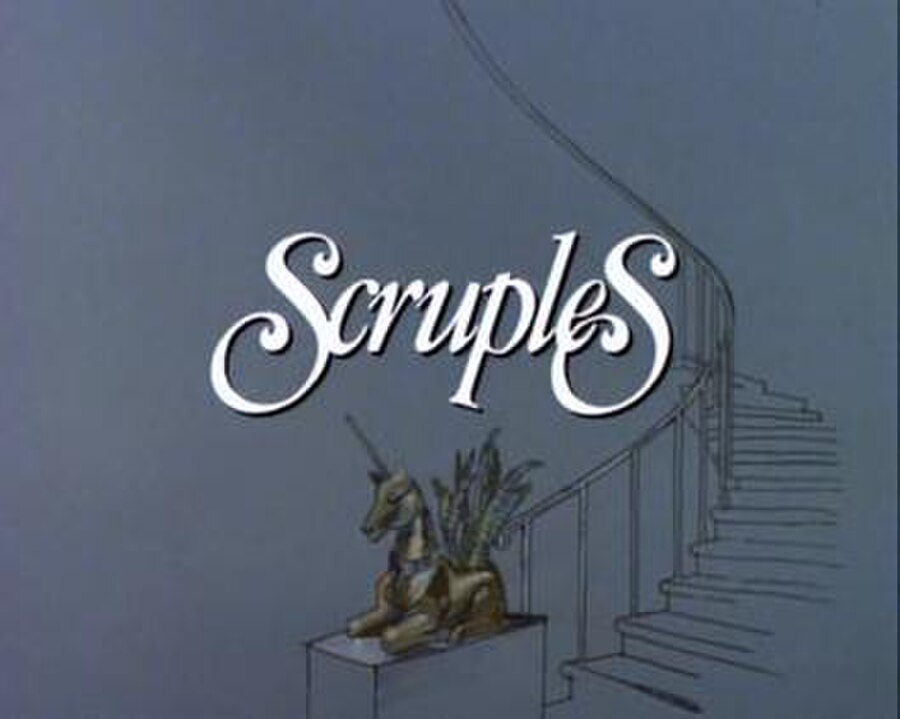 Scruples is a 1980 television mini-series, based on the 1978 novel by Judith Krantz. It was produced by Warner Bros. Television and starred Lindsay Wagner.

Wilhelmina Hunnewell Winthrop is a plain young woman, and a "poor relative" of the Winthrops, a wealthy Boston family. After she graduates from high school, she is given a sum of money by an aunt and goes to live in Paris with family friends. There, she undergoes a transformation of both body and soul, first losing weight, then gaining Parisian style under the guidance of Liliane, the elegant Frenchwoman who is her hostess. She is also introduced to Edouard, Liliane's nephew, who gives her the nickname "Billy." It is her first intimate love affair, but when the aristocratic but impecunious Edouard discovers that Billy is just a poor relative of the Winthrop family, he shows his true colors and ends the relationship.