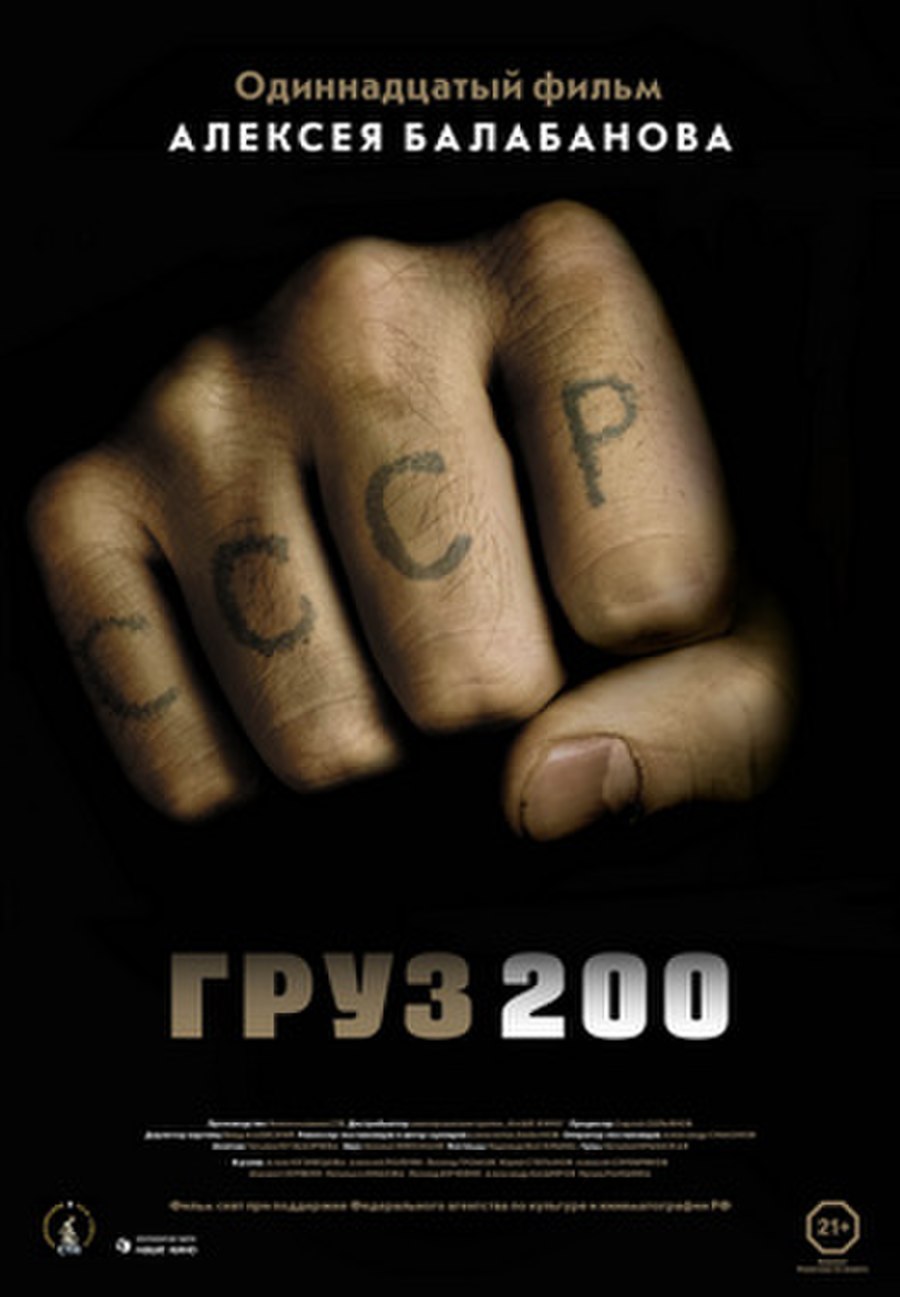 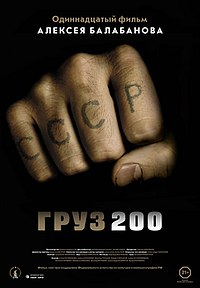 Cargo 200 is a Russian neo-noir thriller film from 2007 by Aleksei Balabanov depicting the late Soviet society. The action is set during the culmination of the Soviet–Afghan War in 1984. The movie's title Cargo 200 refers to the zinc coffins in which dead Soviet soldiers were shipped home. The movie was said to be based on a true story. It received generally positive reviews from critics.

Artyom (Leonid Gromov), professor of Scientific Atheism at the Leningrad State University, is visiting his brother in a small town. There he meets Valery (Leonid Bichevin), a young man who is dating his niece and has come to take her to a party. On the way back from Leninsk to Leningrad Artyom's car breaks down and he goes into an isolated farmhouse to get help. Artyom gets to talking with the farmhouse owner, Alexey (Aleksei Serebryakov). The two drink together homemade alcohol and argue about faith in God and retribution from sins, the professor defending the Soviet atheist worldview. Artyom also encounters Alexey's wife, Antonina (Natalya Akimova), as well as Sunka (Mikhail Skryabin), a Vietnamese worker working at the farm, who seems to be practically a personal slave of Alexey's, and a third stranger who is not explained at the time. Sunka finally fixes Artyom's car and the professor drives on. Being too drunk, he prefers to return to his brother.