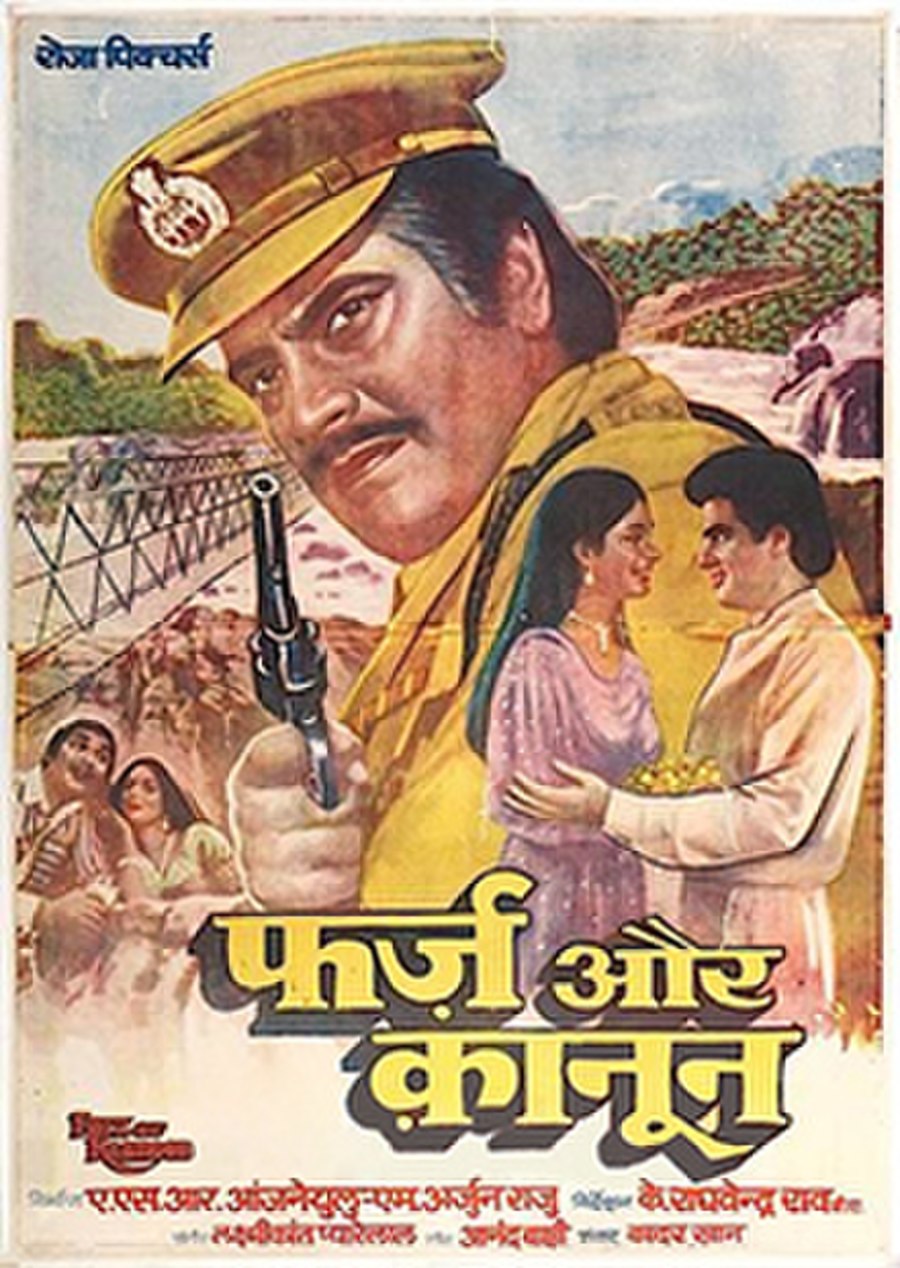 Farz aur Kanoon is a 1982 Indian Hindi-language action film, produced by M. Arjuna Raju and A. S. R. Anjineelu under the Roja Movies banner and directed by K. Raghavendra Rao. It stars Jeetendra, Hema Malini, Rati Agnihotri in the pivotal roles and music composed by Laxmikant–Pyarelal. The film is a remake of producer -director duo's own Telugu movie Kondaveeti Simham (1981) starring N. T. Rama Rao, Sridevi in the lead roles which itself was a remake of the 1974 Tamil movie Thanga Pathakkam, which incidentally went on to inspire another Hindi movie in 1982 itself – Shakti.

For Inspector Ranjit Kumar, fulfilling his duty and protecting the law are the only aims of his life, he and Bharti are paired as Ram and Sita of the present age. Their happiness had no bounds when Bharti was admitted into the hospital for her first delivery. Soon it changed to sadness as they came to know from Bharti's father that the child was stillborn. The sad days then bloomed out to happiness. And within a year, Bharti gave birth to a child Ravi. They forgot the grief of their first child's loss and together looked forward to the upbringing of Ravi. They have the intention of making him an honest and big personality. But Ravi from the very beginning had fallen into bad company. From childhood itself, he started smoking cigarettes - playing cards - robbing things etc. Due to these bad habits, Ravi was admitted to a hostel from where he later ran away. Being a police Inspector, Ranjit Kumar finds out Ravi, but he hides this secret from Bharti. She wept over the loss of her son. But then too, Ranjit Kumar kept Ravi away from her motherhood in the hope that one day Ravi would overcome his bad habits.