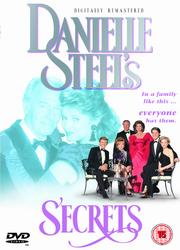 Secrets, also known as Danielle Steel's Secrets, is a 1992 American made-for-television drama film directed by Peter H. Hunt. The film is based upon the 1985 novel of the same name written by Danielle Steel. The drama centers on a television producer and his relationship with the star of his latest TV series.

The film focuses on the cast and crew of a new TV series called Manhattan, which is shot on location in New York City. Mel Wexler is a successful producer who has become a workaholic since the death of his family in a plane crash. Trying to forget his loss, he throws himself on producing Manhattan. For the lead role, he tries to cast the feared film star Sabina Quarles, who has a reputation of being hard to work with. She initially declines, explaining she is too good for television. However, because of her past with Mel, she finally accepts the role. They soon start a relationship, but he remains suspicious of her constant visits to San Francisco. She is reluctant to explain why she is going there every month, which makes him think she has an affair.