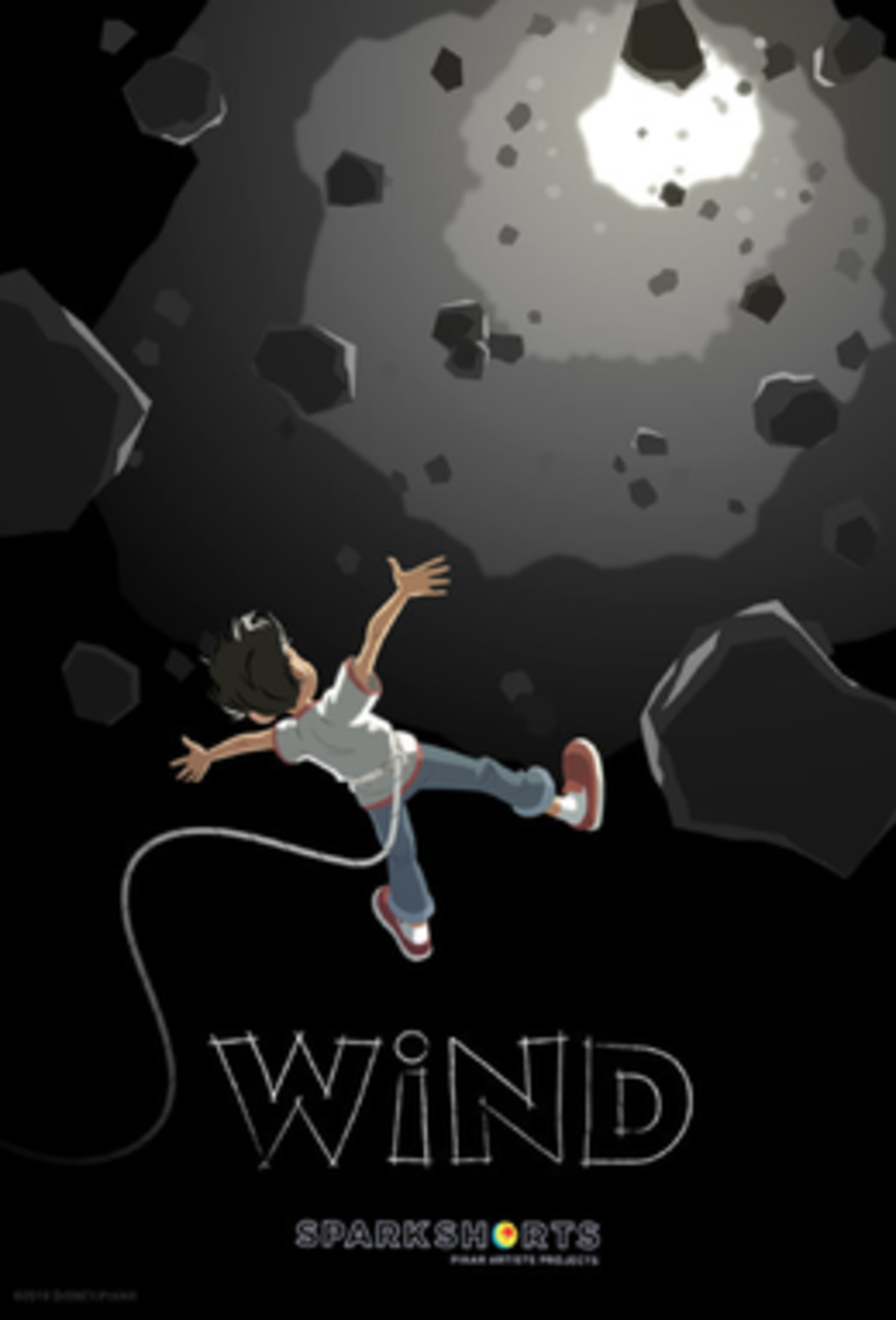 Wind is a 2019 American animated short film directed and written by Edwin Chang, produced by Pixar Animation Studios, and distributed by Walt Disney Studios Motion Pictures. It is the fifth film in Pixar's "SparkShorts" program, and focuses on a grandmother and grandson longing to escape an endless chasm. The short was released on Disney+ on December 13, 2019.

Ellis (portrayed by Emilio Fuentes) and his Grandmother (portrayed by Sonoko Konishi) live in a mysterious sink-hole full of floating rocks and strange debris of disused items and machines. They manage to make a small home for themselves out of the garbage and feast on potatoes, the only food they are able to grow. Every day, Grandma has Ellis attach a cord to himself to float out and collect items that they can use for their benefit. In particular, the two are building a rocket so that they can escape from the hole and into the bright light at the top. One day, Ellis discovers an abandoned plane in the wreckage, but is downcast when he realizes that it can only sit one person. Grandma offers a plan that he ride the rocket out and simply pull her up with the cord to which he agrees.