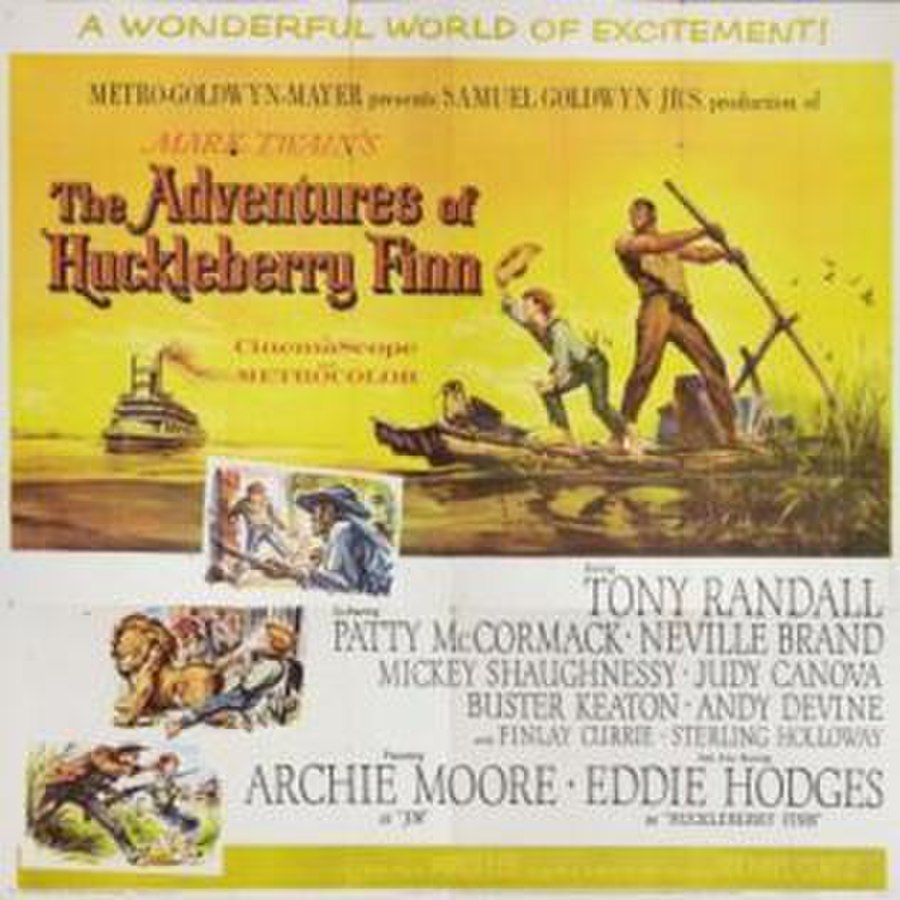 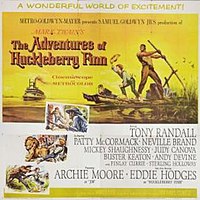 The Adventures of Huckleberry Finn 1960

The Adventures of Huckleberry Finn is a 1960 American drama film directed by Michael Curtiz. Based on the 1884 novel of the same name by Mark Twain, it was the third sound film version of the story and the second filmed by Metro-Goldwyn-Mayer. The film was the first adaptation of Huckleberry Finn to be filmed in CinemaScope and Technicolor. It stars Eddie Hodges as Huck and former boxer Archie Moore as the runaway slave Jim. Tony Randall also appeared in the film (and received top billing), and Buster Keaton had a bit role in what proved to be his final film for Metro-Goldwyn-Mayer, his former studio. Neville Brand portrayed Pap Finn, Huck's alcoholic father.

In the pre-Civil War South, Huck escapes his brutal, criminal father by taking to the Mississippi River with a fugitive slave Jim. They have several adventures on their way to attempt to gain Jim's freedom.