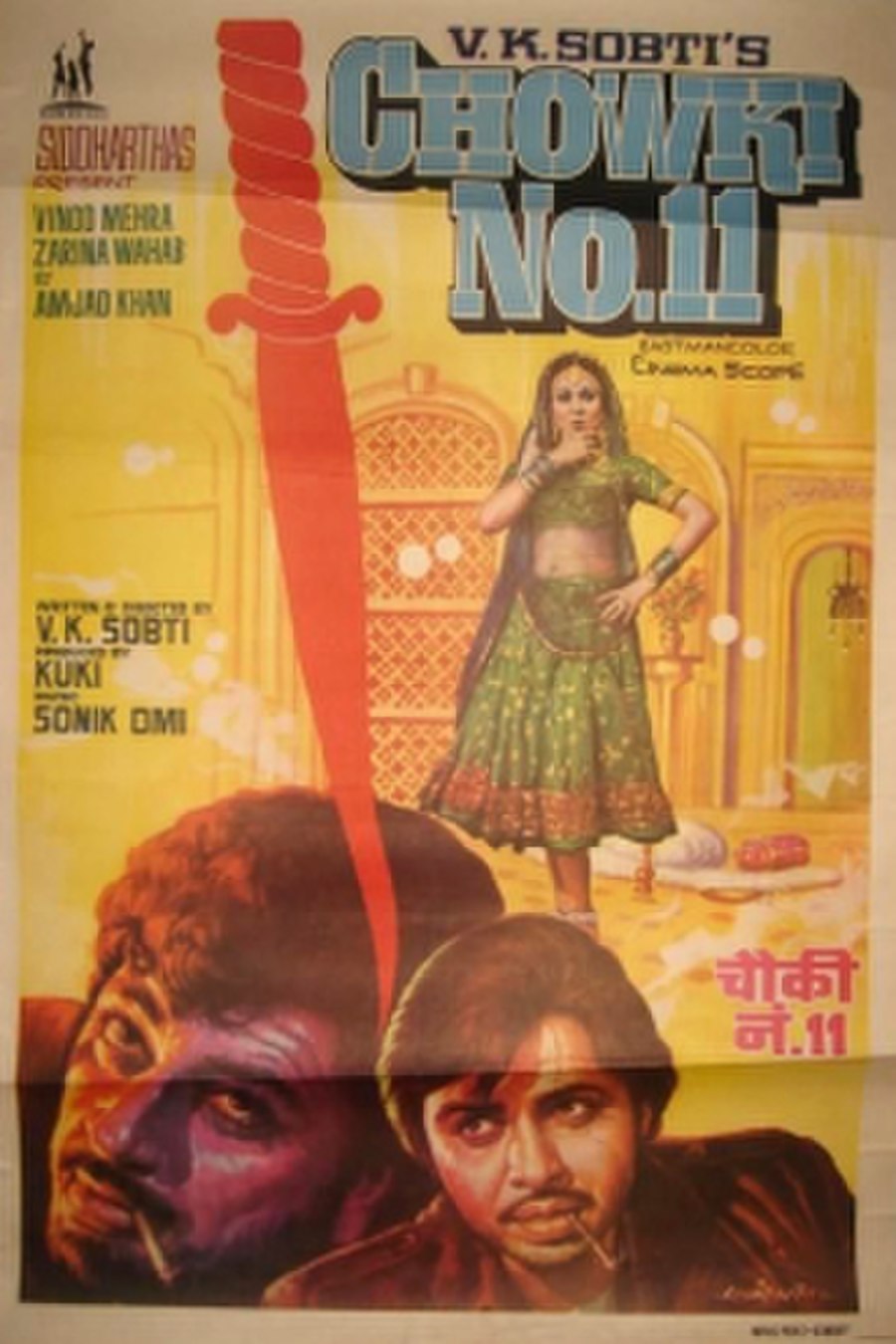 Chowki No.11 is a 1978 Hindi-language action film, produced by Kuki on Reaching New Heights banner and directed by V.K.Sobti. Starring Vinod Mehra, Amjad Khan, Zarina Wahab in the lead roles while Jeetendra has given special appearance and music composed by Sonik Omi.

Vijay (Vinod Mehra) whose father Dindayal (Madhup Sharma) is brutally killed in front of him by a local goon Krishna (Kader Khan) in his childhood. He does not remember Krishna’s face but the tattoo on his hand has been fixed up in Vijay's mind. Time passes Krishna becomes KK grows as a huge Don, Vijay also becomes a deadly gangster in search of his father's killer and falls in love with Rajani (Zarina Wahab) a prostitute. Shankar (Amjad Khan) another gangster who works for KK, whenever Shankar & Vijay come together they meet with enmity but afterward befriends and decides to work together. KK instances them a task to kidnap a child Jimmy (Master Bittoo) grandson of a multimillionaire Seth Chetan Das (Man Mohan) which they are successful. Afterward, Shanker realizes that Jimmy’s widowed mother none other than his ex-lover Shanno (Aruna Irani) and the child is his own, on Vijay’s request Shankar narrates his past.