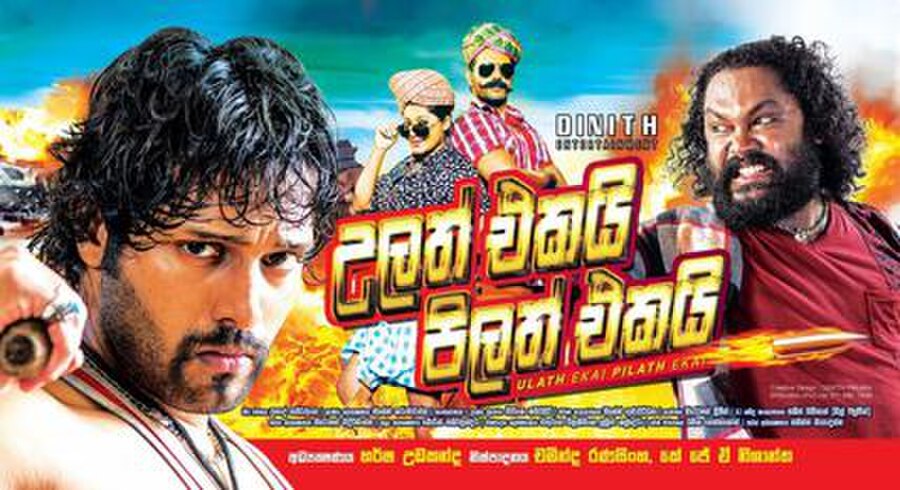 Ulath Ekai Pilath Ekai is a 2016 Sri Lankan Sinhala comedy action film directed by Harsha Udakanda and produced by Chaminda Ranasinghe for Dinith Entertainment. It stars Roshan Ranawana and Darshan Dharmaraj in lead roles along with Mihira Sirithilaka and Damitha Abeyratne. Music composed by Prasadth Samarathunga. It is the 1245th Sri Lankan film in the Sinhala cinema. The film introduced Rukshana Dissanayake to cinema industry.

Wanathe Roshan thinks he is a village thug. He often clashes with those around him as usual. Although he is known as Roshan, most people call him Rosha. Only his family knows that Rosha is a bully, even if he sounds like a coin to the world. Rosha has a sister. Rukshanaya is the epitome of beauty. A young man comes looking for her love. He has actor fever. The name is Rajiya. Rosha does not like Rajya. Rosha is upset that he is following Rukshan. Although Rosha threatens Rajia several times, Rajia does not listen to Rosha's words. In the end, Rosha challenges Rajia. Rosha says that if she wins, she will definitely marry Rakshana. The challenge is to defeat Rosha in front of the village. Even though he is physically in front of Rosha, Rajya, who is a pimp, likes the challenge because of his love for Rukshan. However, in front of the whole village, Rajya loses to Rosha. Unable to bear the embarrassment, Rajya decides to return home by a jungle road.