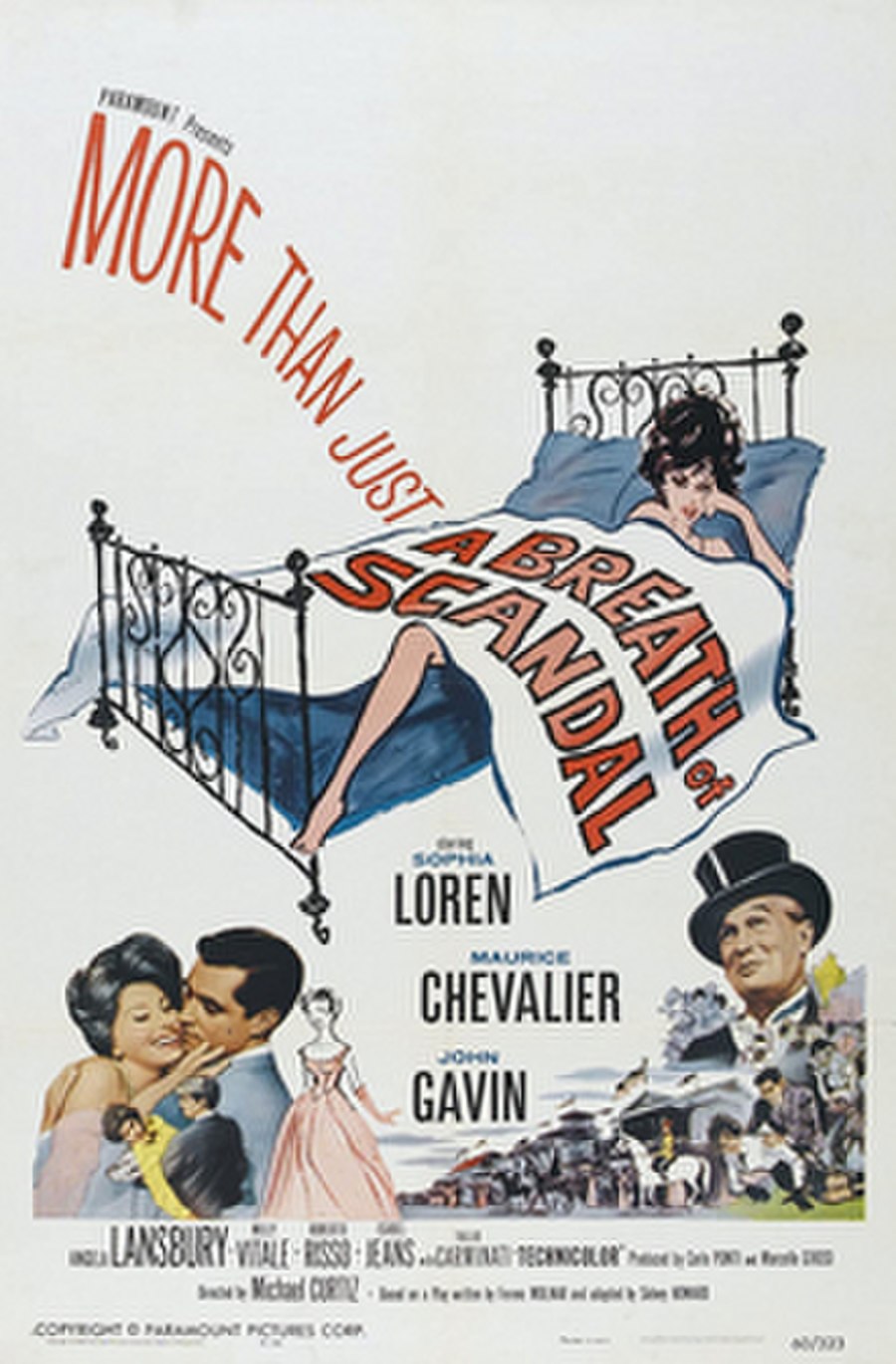 A Breath of Scandal (also known as Olympia in Italy) is a 1960 film adapted from Ferenc Molnár's stage play Olympia. It stars Sophia Loren, Maurice Chevalier, John Gavin and Angela Lansbury and was directed by Michael Curtiz. The film is set at the turn of the 20th century and features lush technicolor photography of Vienna and the countryside of Austria. The costumes and lighting were designed by George Hoyningen-Huene and executed by Ella Bei of the Knize fashion house (Austria). In part because Loren was at odds with Curtiz's direction, Italian director Vittorio De Sica was hired to reshoot certain scenes with Loren after hours without Curtiz's knowledge.

An Austrian princess (Loren) falls in love with a Pittsburgh mining engineer (Gavin) over the Prince of Prussia, whom her father (Chevalier) favors.