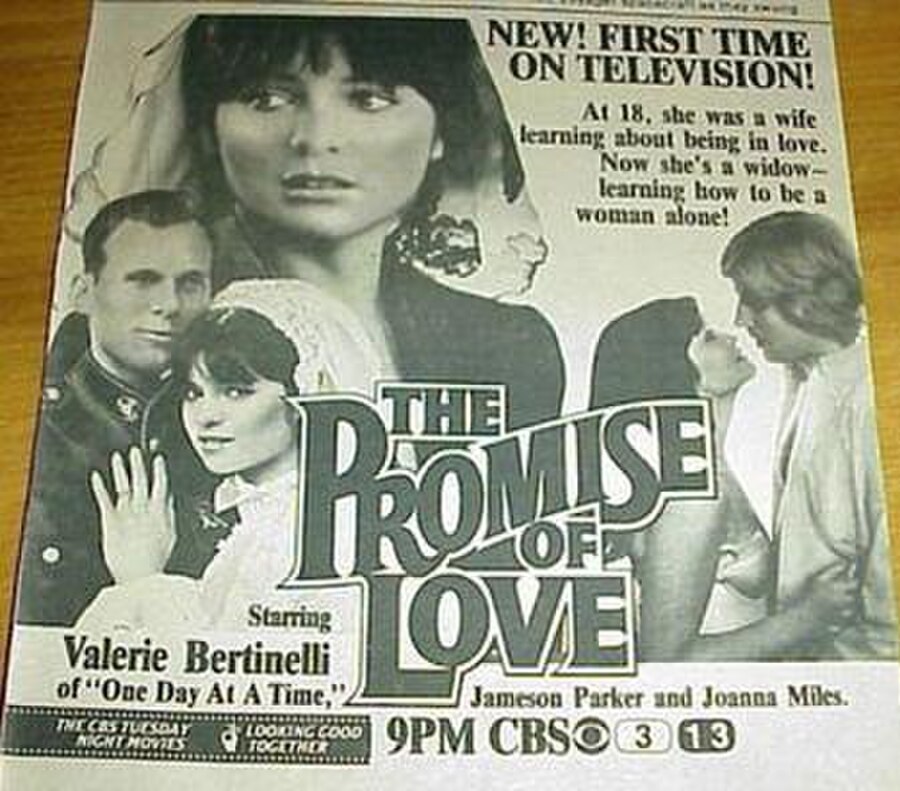 The Promise of Love is a 1980 American made-for-television romantic drama film directed by Don Taylor. The film was originally titled Personal Effects.

Starting in 1967 Oceanside, Kathy Emilio is a high school senior who, soon after graduation, marries her sweetheart, a Marine named Chuck Wakeman. Their lives as newlyweds is short-lived, as he is ordered to serve in Vietnam. During his absence, she spends her time at the local recreation center and befriends her neighbor Lorraine Simpson, whose husband is also away to fight in the war. When Kathy is informed that her husband has been killed, she is devastated and loses all lust for life. Her parents notice that she is unable to deal with his death and she joins a war widow support program. Her parents want her to move back to their house, but she refuses to.