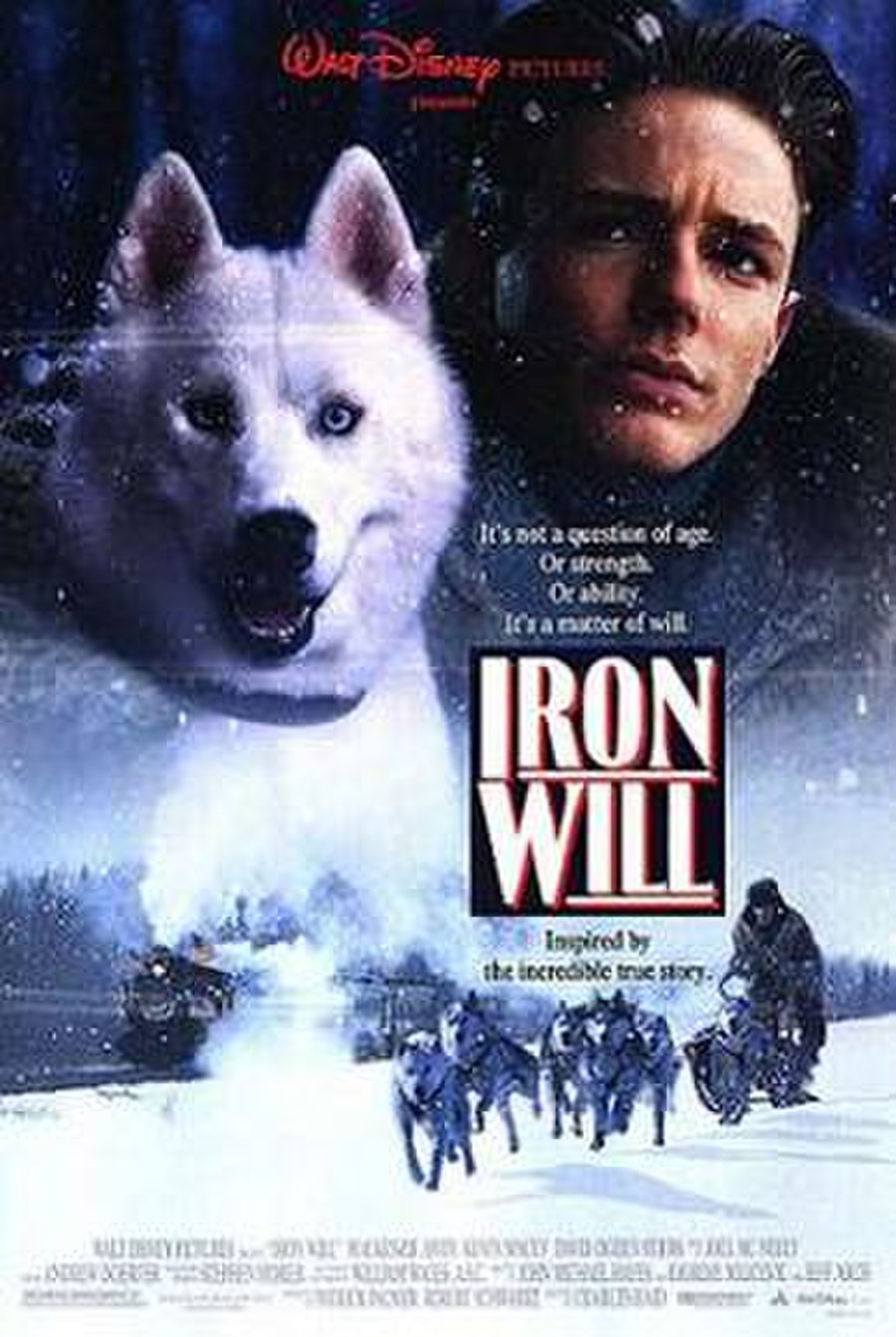 Iron Will is a 1994 American adventure film, based on the true story of a 1917 dog-sled race from Winnipeg, Manitoba to Saint Paul, Minnesota, a 522-mile-long stretch and part of the "Red River-St. Paul Sports Carnival Derby." It is directed by Charles Haid, and stars Mackenzie Astin, Kevin Spacey, David Ogden Stiers, George Gerdes, Brian Cox, Penelope Windust and August Schellenberg.

In 1917, 17-year-old Will Stoneman (Mackenzie Astin) is a mail-runner for his small South Dakota town and an apprentice carpenter for his father Jack (John Terry), who creates furniture and also runs the family farm. After delivering the town mail one day, Will opens a college letter addressed to him and sees that he was accepted to his desired school. Despite his happiness at being accepted, he hesitates to leave his family responsibilities behind; Jack however encourages Will to attend college and to chase his dreams, and to not let fear stand his way. While returning with Will one day from a lumber run with their sled dogs, Jack drowns in a mushing accident when his sled overturns into a river; he sacrifices his own life to prevent Will, whose team was just ahead and tied to his own sled, from being dragged into the water, too. As the only son, now responsible for his mother Maggie (Penelope Windust) and his family's bill-indebted farm, Will despairs of college but protests when his mother plans to sell their valuable sled dogs. Knowing that his father was thinking of competing in an international dog-sled race with a cash prize that his father knew could save the farm, Will insists on making the attempt.