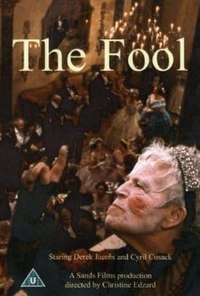 The Fool is a 1990 British film, produced and directed by Christine Edzard from a script by Edzard and Olivier Stockman.

The narrative is grounded in the double life of a humble clerk who poses as the reclusive, but widely respected "Sir John." He thus moves in wealthy upper class circles and participates in grand investment schemes while living in a London slum.