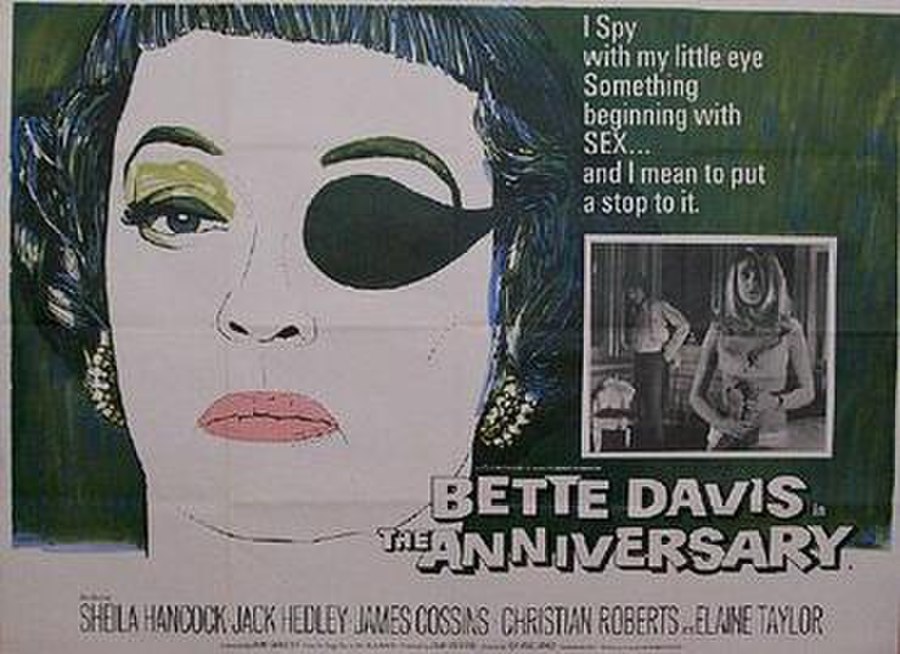 The Anniversary is a 1968 British black comedy film directed by Roy Ward Baker for Hammer Films and Seven Arts and starring Bette Davis. The screenplay, by Jimmy Sangster, was adapted from Bill MacIlwraith's 1966 play.

One-eyed Mrs. Taggart is an emasculating woman whose husband, a successful building contractor, has been dead for ten years. Joining her for the traditional annual celebration of her wedding anniversary are her three sons: eldest Henry is a transvestite; middle son Terry is planning to emigrate to Canada with his shrewish wife Karen and their five children; and youngest Tom, a promiscuous philanderer whose many past relationships have ended at his mother's insistence, arrives with his pregnant girlfriend Shirley in town. Throughout the day and evening, the domineering, evil, vindictive, manipulative matriarch does everything in her power to remind her children who controls the family finances and ultimately their futures.