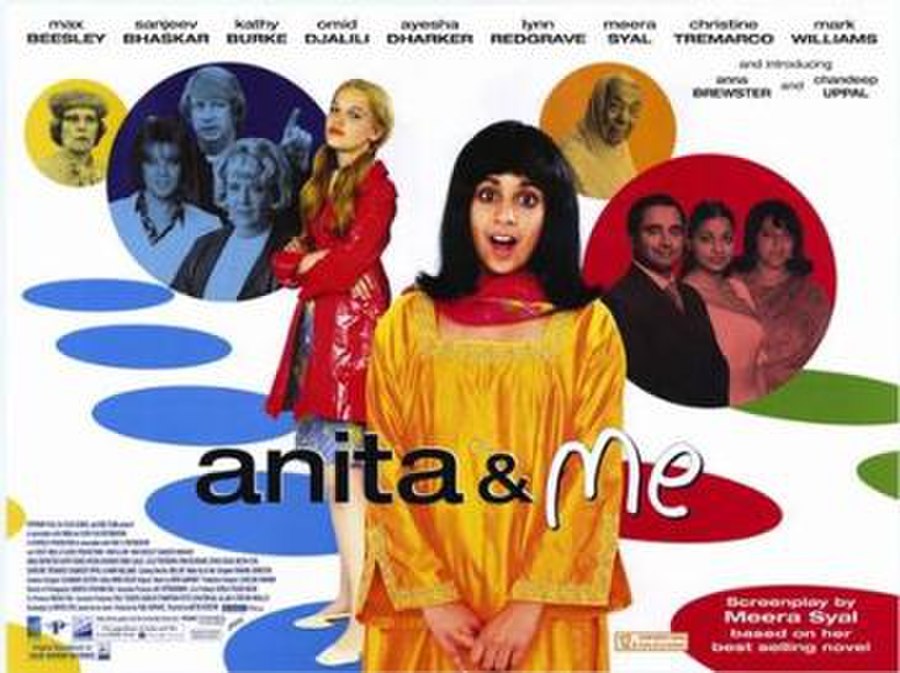 Anita and Me is a 2002 British comedy-drama film directed by Metin Hüseyin and starring Chandeep Uppal, Kabir Bedi, and Anna Brewster. It is based on the book of the same name by Meera Syal. It was released during a period of popularity for British Asian films, alongside such as East Is East and Bend It Like Beckham.

Meena Kumar, a 12-year-old Sikh girl, lives with her family in the predominantly white, working-class, fictional mining village of Tollington in the Black Country in 1972. Meena meets Anita, a white, 14-year-old girl whom Meena comes to idolise. However, Meena finds it harder and harder to fit in as her Indian heritage keeps on resurfacing, and Anita's new boyfriend proves to hold strong racist attitudes toward those he regards as "darkies".