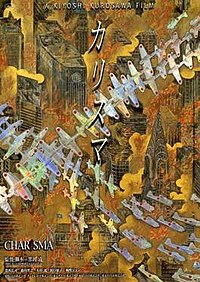 Goro Yabuike is a hostage negotiator. He attends an incident where an MP is being held at gunpoint. The captor's ransom note reads "Restore the Rules of the World". When Yabuike has a chance to shoot the hostage-taker he hesitates. The captor kills the MP, and is in turn killed by the police. Afterwards Yabuike explains that he thought he could help both men. He is suspended from duty.