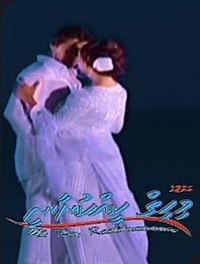 Jennifer (Sheela Najeeb), a strange spirit in the disguise of a human being is on an avenging mission where she regularly meets three siblings; a shopkeeper, Sunil (Mohamed Manik), a taxi driver, Shahid (Mohamed Shavin) and their younger brother, Shiran (Hussain Solah). The siblings confess their feelings towards Jennifer. One night, when Shiran throws off his amulet on the order of Jennifer, he is mysteriously killed by her. However, after him being profoundly dead, Shiran is miraculously reincarnated.