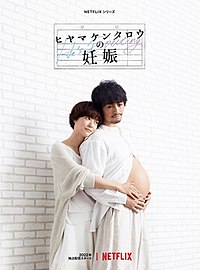 is a Japanese comedy-drama streaming television series co-directed by Yuko Hakota. Loosely based on the 2012 manga by Eri Sakai, it tells the story of one man's experience being pregnant. The series premiered on Netflix on April 21, 2022. It stars Takumi Saitoh as Kentaro Hiyama, alongside Juri Ueno.