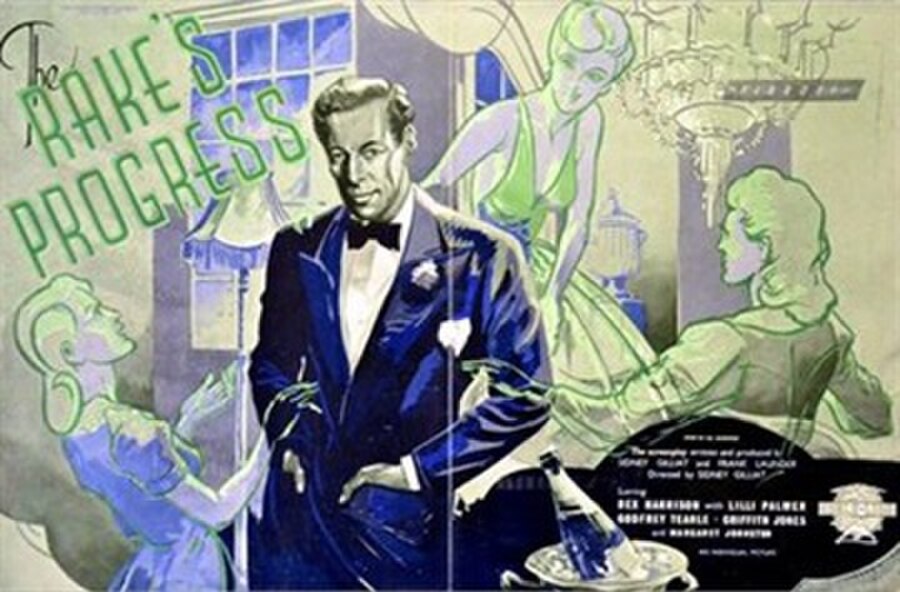 The Rake's Progress is a 1945 British comedy-drama film. In the United States, the title was changed to Notorious Gentleman. The film caused controversy with U.S. censors of the time, who trimmed scenes for what was considered graphic amoral and sexual content.

The plot follows the career of upper-class cad Vivian Kenway (Rex Harrison). He is sent down from Oxford University for placing a chamber pot on the Martyrs' Memorial. Sent to South America after his father pulls a favour from a friend, he is fired for heckling the managing director while drunk.