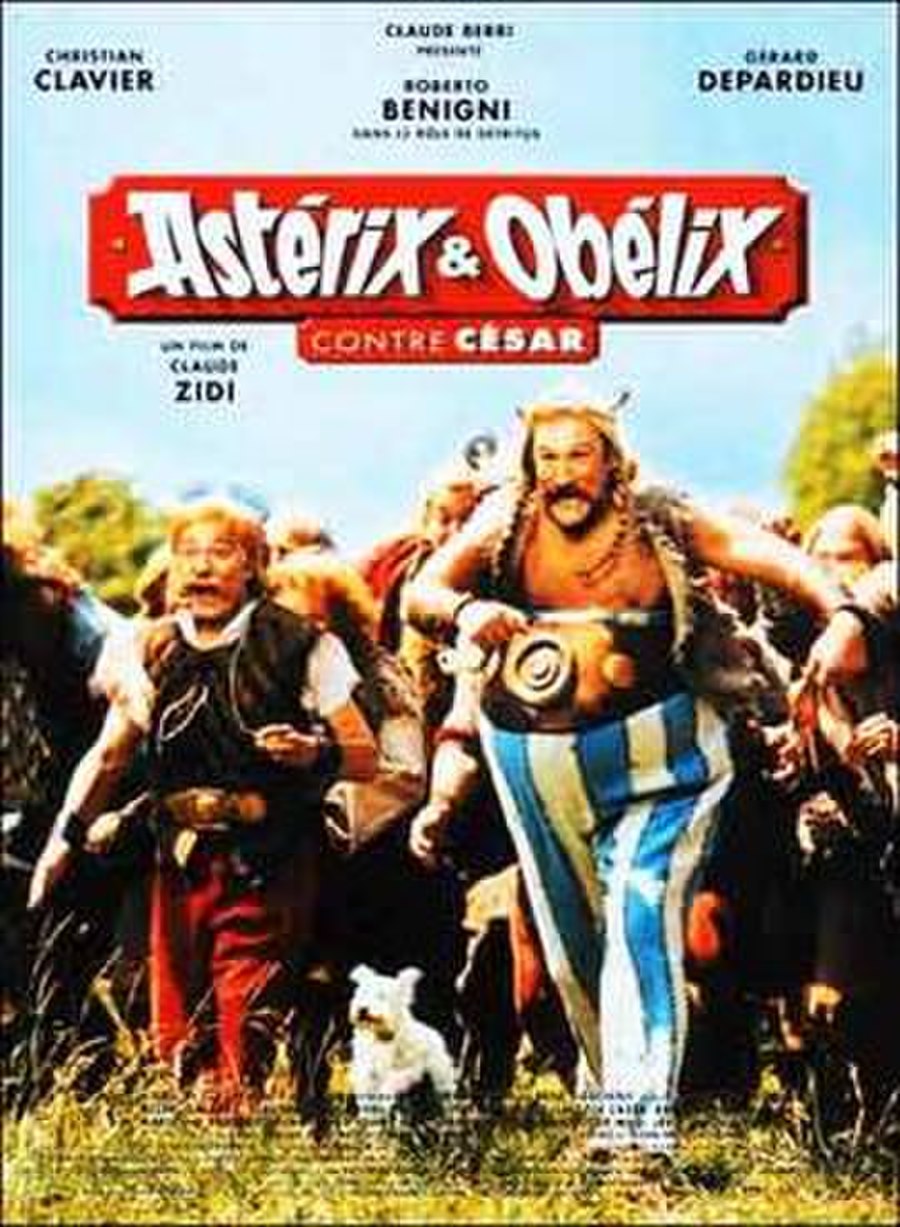 Asterix and Obelix vs. Caesar 1999

Asterix and Obelix vs. Caesar is a 1999 feature film directed by Claude Zidi, the first of what went on to become a series of live-action films based on Goscinny and Uderzo's Astérix comics. The film combines plots of several Astérix stories, mostly Asterix the Gaul (Getafix's abduction), Asterix and the Soothsayer, Asterix and the Goths (the Druid conference), Asterix the Legionary (Obelix becoming smitten with Panacea) and Asterix the Gladiator (the characters fighting in the circus) but jokes and references from many other albums abound, including a humorous exchange between Caesar and Brutus taken from Asterix and Cleopatra, and the villain Lucius Detritus is based on Tullius Detritus, the main antagonist of Asterix and the Roman Agent (known as Tortuous Convolvulus in the English translation of the comic).

Julius Caesar is celebrating his victory over all of Gaul, but Lucius Detritus has kept from him that one village has managed to resist them. Detritus travels to the garrison near the village where Caius Bonus (Crismus Bonus), the garrison's commanding Centurion, explains that the Gauls have a magic potion, which makes them invincible. Detritus decides to capture the potion for himself, and hearing that the clever Asterix and permanently invincible Obelix are the backbone of the Gaulish forces, attempts and fails to eliminate them.