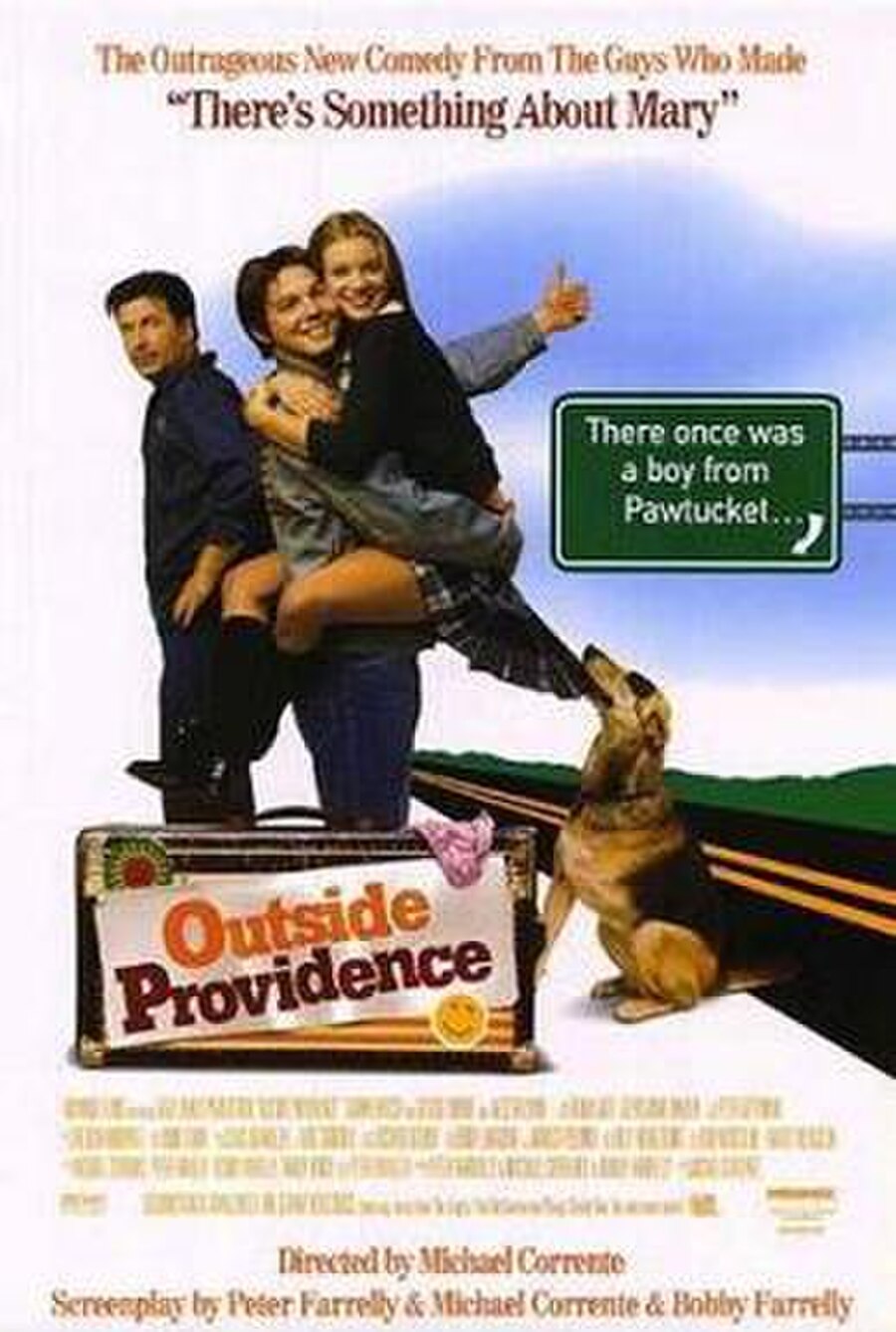 Outside Providence is a 1999 American stoner comedy film adaptation of Peter Farrelly's 1988 novel of the same name. The film was directed by Michael Corrente, and it was written by Corrente and the brothers Peter and Bobby Farrelly. Centring on Timothy "Dildo/Dunph" Dunphy, the film is about his life of mischief, his "incentive" to attend the Cornwall Academy preparatory boarding school, and his realization that the haze in which he has lived has to give way to something that will stay with him forever. The book is based on Peter Farrelly's experience at Kent School, a prep school in Kent, Connecticut.

Timothy "Dildo/Dunph" Dunphy (Shawn Hatosy), is in the Class of 1974 in his high school senior year living in Pawtucket, Rhode Island, comes from a troubled single parent working-class family, and is friends with those that have aspirations which do not exceed smoking marijuana at the water tower that has a view of the town. His father, Pat (Alec Baldwin), suffers from his wife committing suicide and appears naïve when the boys come back to the Dunphy's house to get a bong. A regularly held poker game is in progress. Pat insists that the boys be respectful and come in to say hello. The boys' intention is undetected by Pat that they are using drugs when Dunph's wheelchair-using younger brother, Jackie (Tommy Bone), attempts to hand off the bong wrapped in Dunph's coat. It falls to the floor. Jackie suggests that it is a musical horn which Pat's friend, Joey (George Wendt), asks Dunph to demonstrate, only able to make sounds about which Pat is dismissive. Pat's friends chuckle at Pat's reaction. Off the boys go on their adventures.