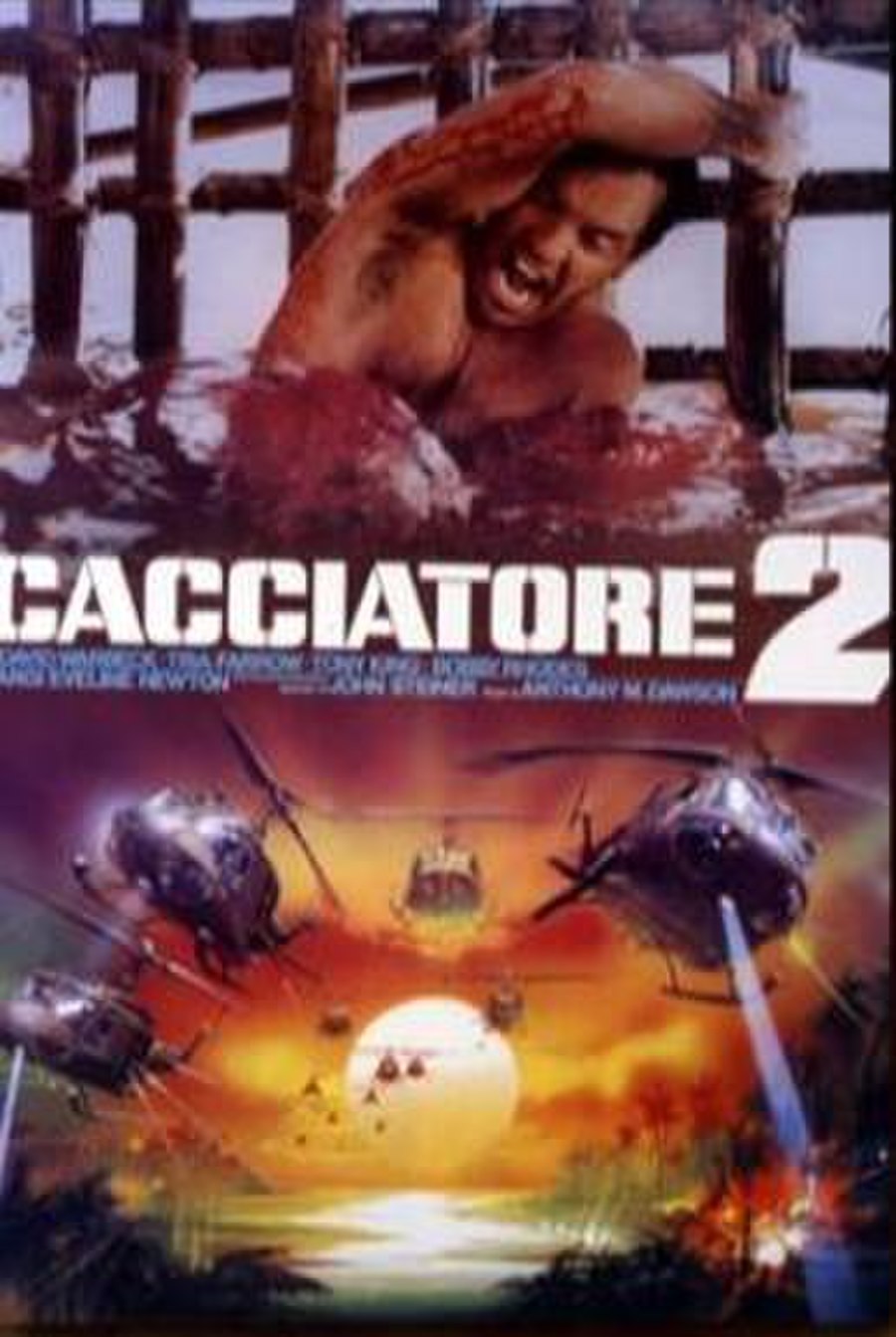 The Last Hunter is a 1980 Italian "macaroni combat" directed by Antonio Margheriti and starring David Warbeck and Tony King. Initially made to capitalize on the success of The Deer Hunter, The Last Hunter marked the first Euro War set during the Vietnam War, as opposed to World War II like all previous entries in the subgenre.

Following the suicide of his best friend, Captain Harry Morris (David Warbeck) accepts a final deadly mission to go behind enemy lines to destroy a radio tower that is broadcasting anti-war propaganda spoken by an American woman to American troops.