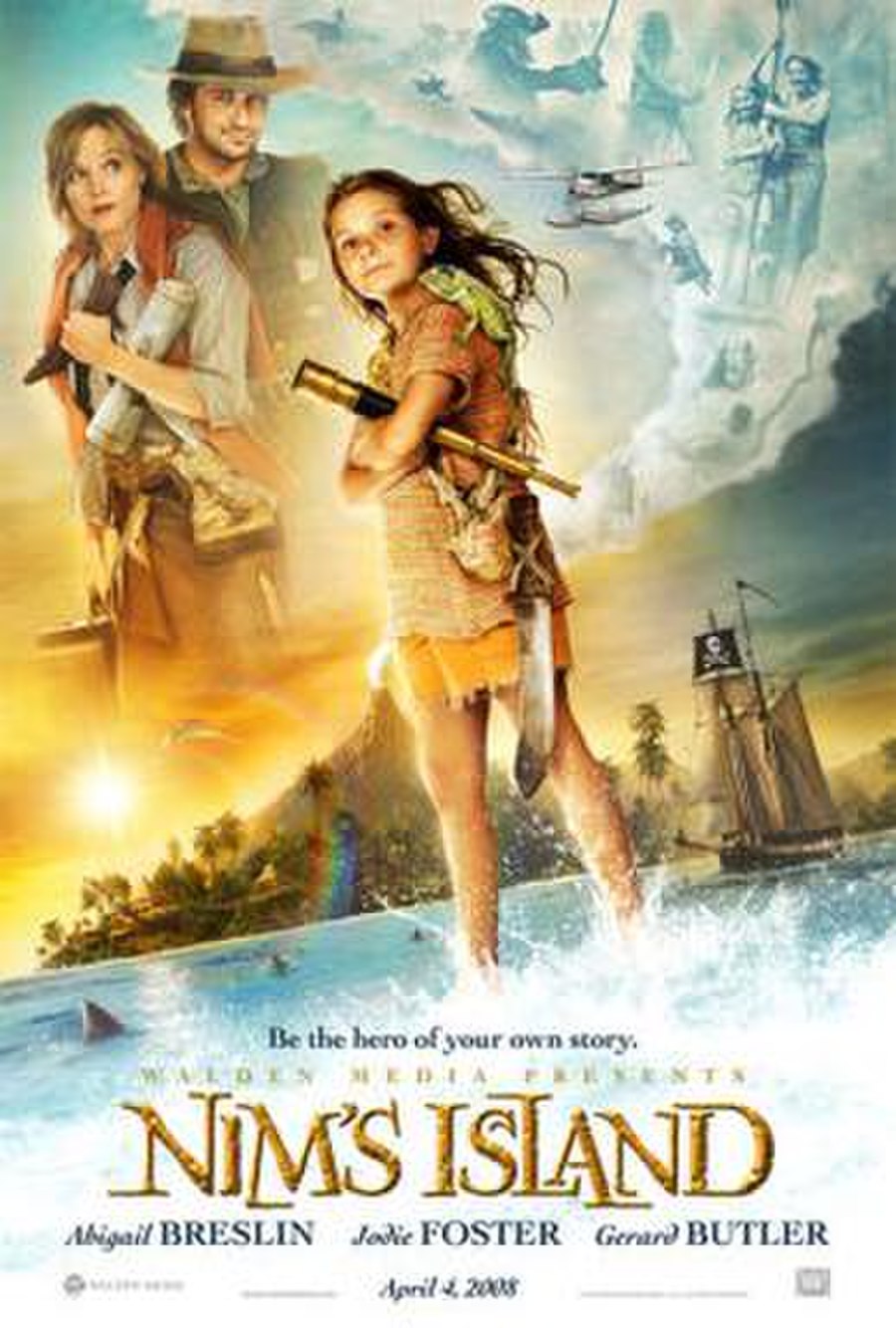 Nim's Island is a 2008 adventure film written and directed by Jennifer Flackett and Mark Levin, and based on the children's story of the same name by Wendy Orr. A young girl alone on a remote island seeks help from an agoraphobic San Franciscan author. While the author attempts to overcome her agoraphobia to search of her, Nim tries to overcome her fear of losing her father. It stars Abigail Breslin, Jodie Foster, and Gerard Butler, and was released on 4 April 2008 by 20th Century Fox. The film received mixed reviews from critics and earned $100.1 million on a $37 million budget.

11-year-old Nim (Abigail Breslin) lives with her widower marine biologist father Jack Rusoe (Gerard Butler) on a South Pacific island. Jack has told Nim that her mother Emily died when she was swallowed by a blue whale after it was scared by a ship called The Buccaneer. Nim has several native animals for company: Selkie the sea lion, Fred the bearded dragon, Chica the sea turtle, and Galileo the pelican.