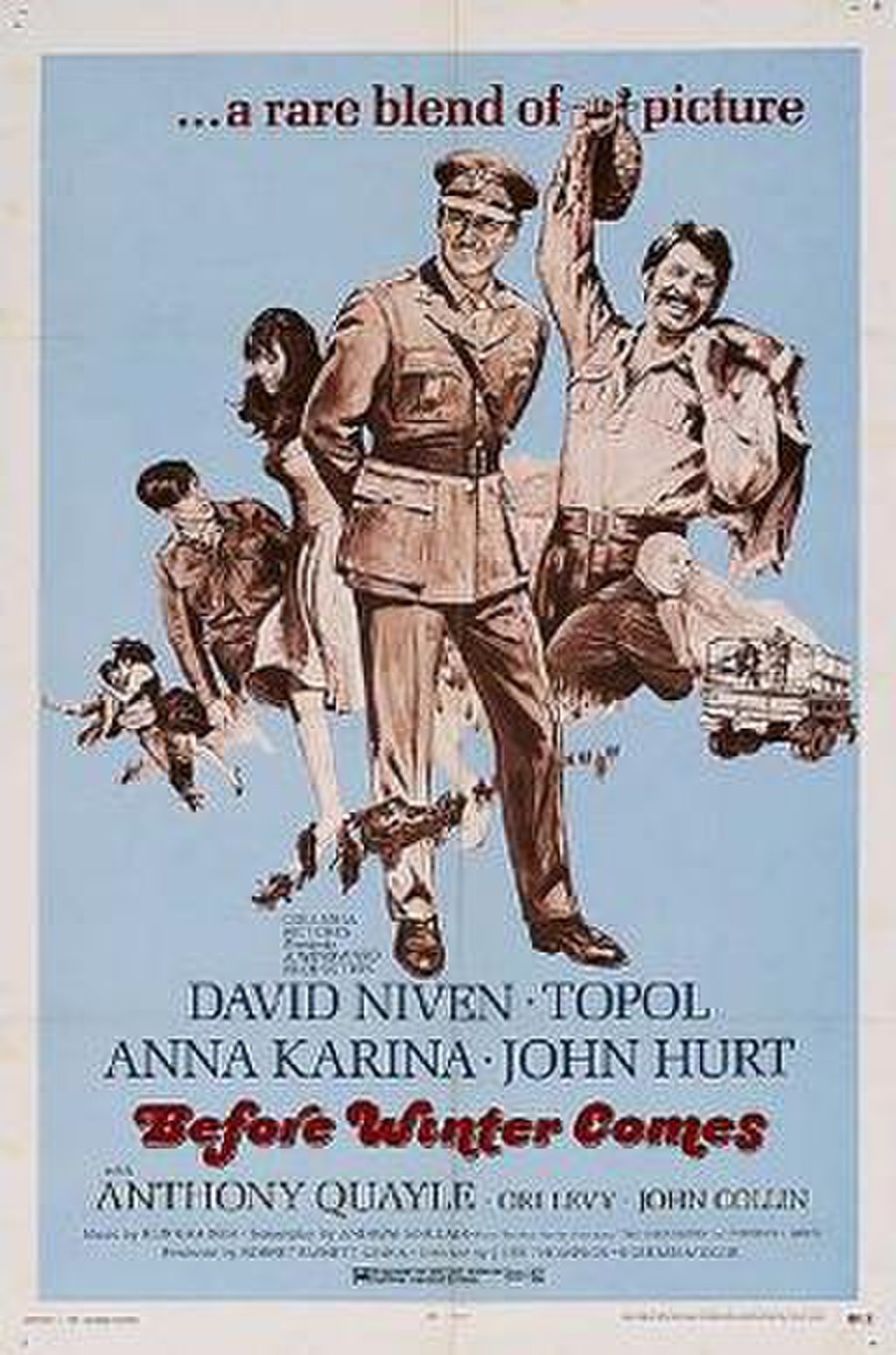 Before Winter Comes is a 1969 British film directed by J. Lee Thompson from a screenplay by Andrew Sinclair.

Before Winter Comes takes place in the immediate aftermath of World War II. British Major Giles Burnside (David Niven) is assigned to an Austrian refugee camp; his mission is to send the groups of displaced civilians to either the Russian zone or the American zone. Burnside is a by-the-book officer but he runs into trouble with the translation of the many different languages. However, one of the refugees, Janovic (Topol), can speak many languages and is willing to help. Janovic quickly conveys Burnside's orders and helps the camp run smoothly. Janovic runs into romance with a lovely innkeeper, Maria (Anna Karina), until he discovers her affair with Burnside. Meanwhile, Janovic is found to be a Russian deserter, who should be returned to the Russian mainland to be executed. Burnside offers to help him escape, but Janovic cannot decide whether to trust him.