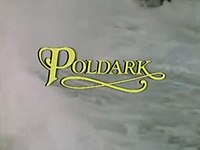 Poldark is the original version of the BBC television series adaptation of the novels of the same title written by Winston Graham. The adaptation was first transmitted in the UK between 1975 and 1977. The production covered all seven novels (of the eventual twelve), which Graham had written up to this time.