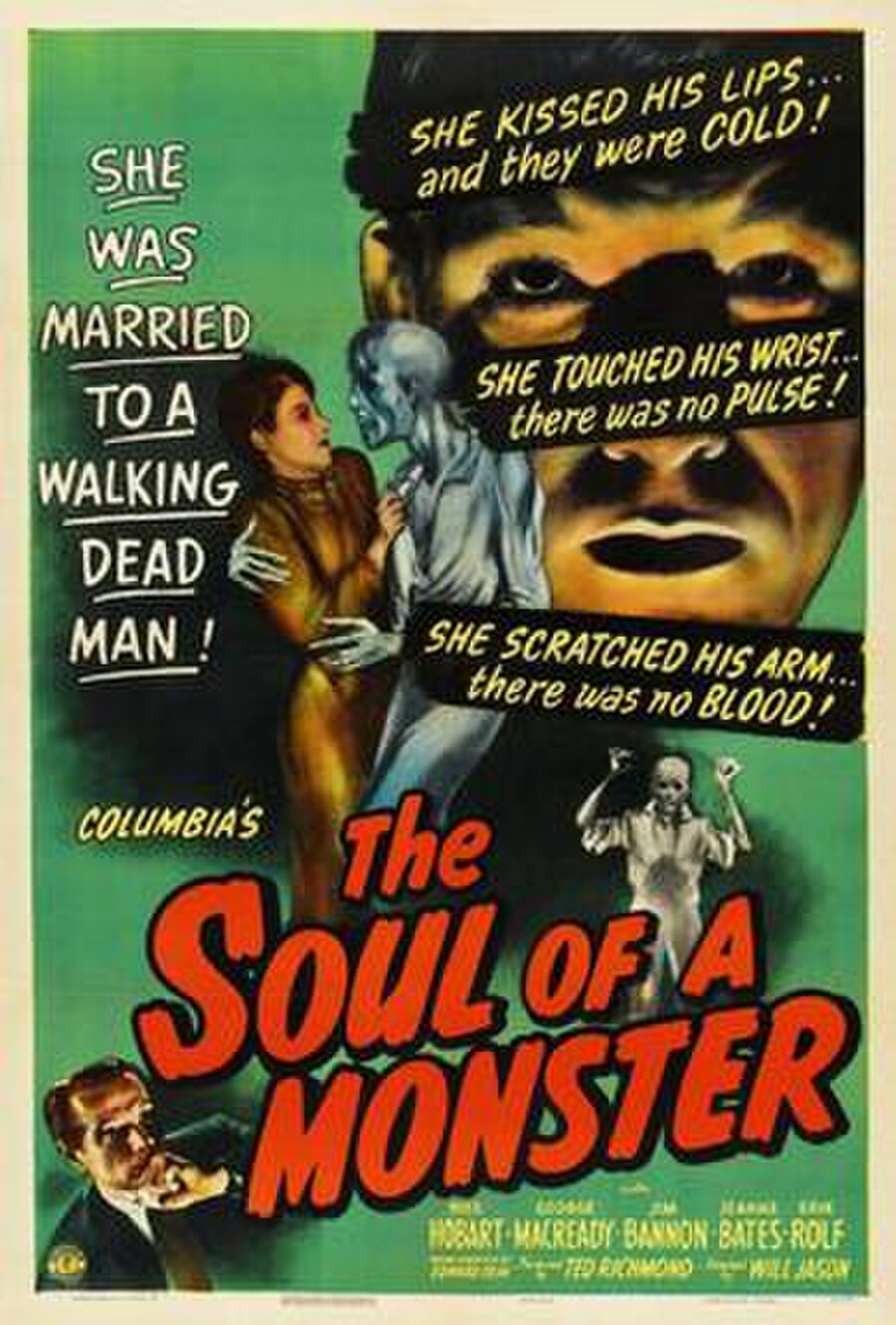 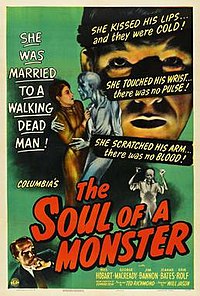 The Soul of a Monster is a 1944 American horror film directed by Will Jason and starring Rose Hobart, George Macready, Jim Bannon, Jeanne Bates and Erik Rolf. The film involves the near-death of George Winson, leading to Anne Winson to call upon the devil to keep her husband alive, which leads to a hypnotist named Lilyan Gregg making an appearance as Winson recovers. Upon his recovery, the previously kind-hearted Winson turns evil, following Gregg's spell. But Ann and her friends are not susceptible to Lilyan's mesmerizing prowess, enabling them to launch a counteroffensive against the Dark Prince.

As the nearly dead physician Dr. George Winson grows closer to death, his wife Ann fails to get help from Dr. Roger Vance or their pastor Fred Stevens and prays to any source that she thinks could help. This leads to the arrival of a strange woman, Lilyan Gregg, who starts caring for George. He miraculously recovers, but becomes cold, cruel, and estranged him from Ann. Gregg begins to manipulate George for her needs, including having him murder Stevens.