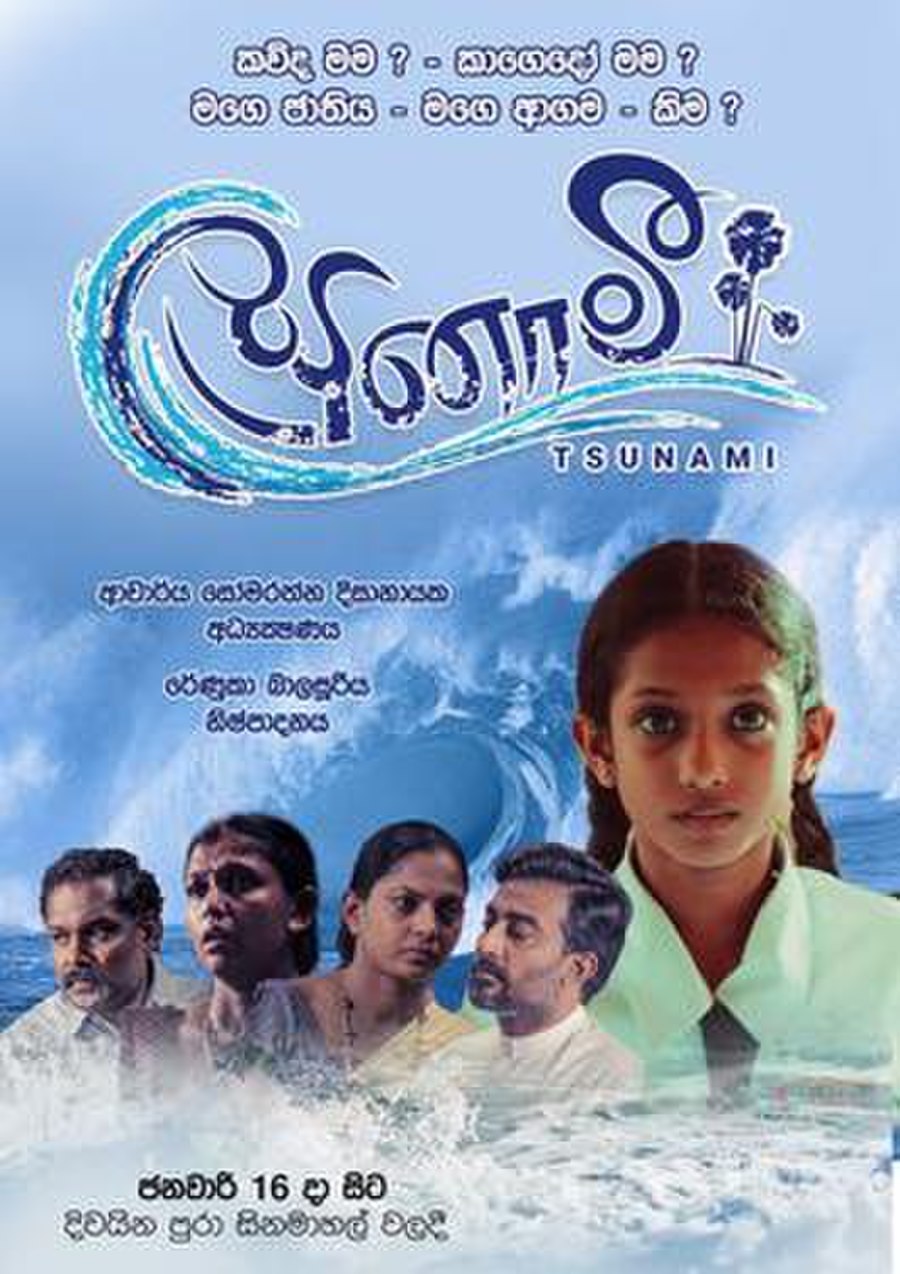 Tsunami is a 2020 Sri Lankan Sinhala disaster drama film directed by Somaratne Dissanayake and produced by his wife Renuka Balasooriya for Cine Films Lanka. It stars Niranjani Shanmugaraja and Darshan Dharmaraj in lead roles along with Himali Sayurangi and Bimal Jayakody. Music composed by Rohana Weerasinghe. The film is based on incidents occurred in Sri Lanka during 2004 Indian Ocean earthquake and tsunami on 26 December 2004.

The film revolves based on a true story about a war of love for a mother and a devoted mother who lost a child in the tsunami.