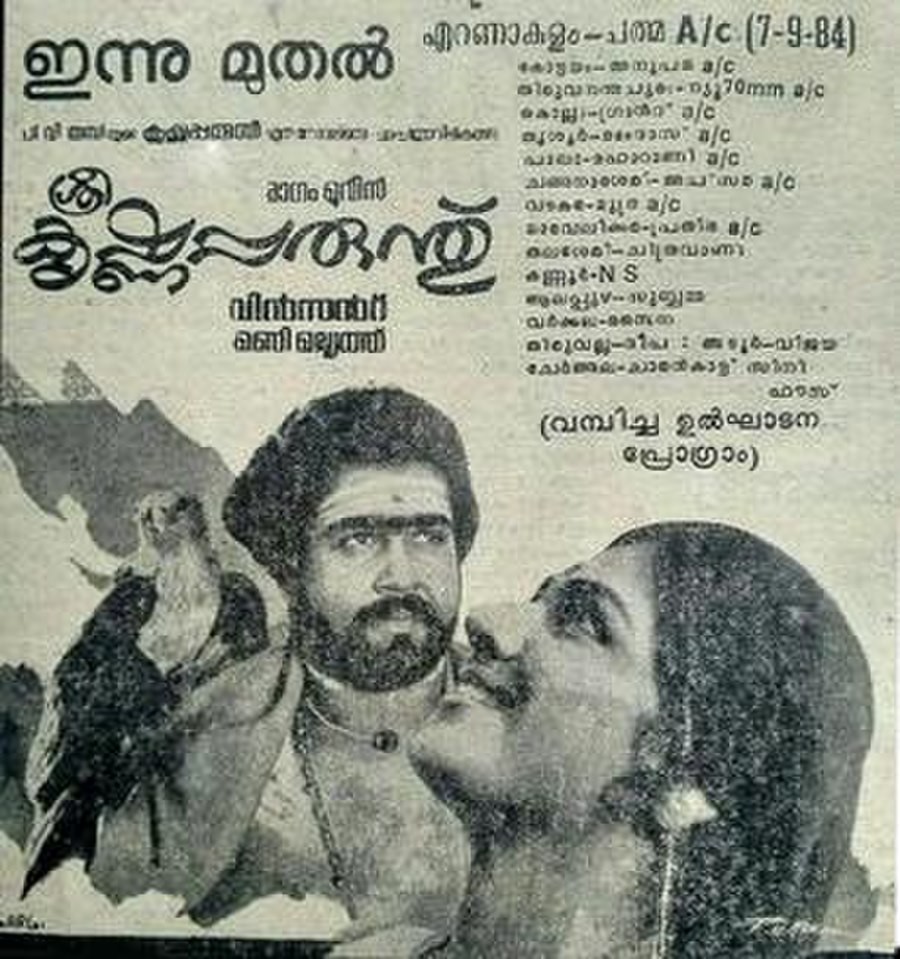 Sree Krishna Parunthu is a 1984 Indian Malayalam-language horror film directed by A. Vincent and written by P. V. Thampi based on his novel Krishna Parunthu. The film stars Mohanlal, Balan K. Nair, Jagathy Sreekumar, Pavithra, and Bindu. The story is about Kumaran, a complete rogue, who turns out to be a pious saint and the temptations he has to suffer. The music for the film was composed by K. Raghavan. The film was a major commercial success of that year at Mollywood box office.

Puthoor Illam is a traditional family that practices positive tantric magic under blessings of their family god, Lord Garuda, popularly known as Sri Krishnaparunthu (The Eagle of Krishna) and Hanuman. The family is widely respected for their ability to revive near-dead people due to venomous snake bites using the sacred water through invoking Garuda. Pappu (Jagannatha Varma), who is the current magician of the family, foresees his death and decides to transfer all his knowledge to his nephew Kumaran Thampi (Mohanlal). Kumaran, whose only interest is wine and women reluctantly accepts the decision, as the magician must vow to maintain extreme celibacy. Pappu transfers all his knowledge to Kumaran and dies. Thus Kumaran becomes the next magician of the locality famous for curing snake bites and warding off evil spirits.