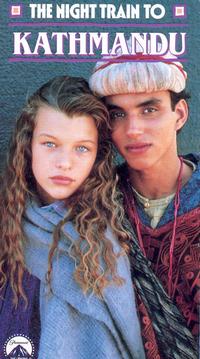 The Night Train to Kathmandu 1988

The Night Train to Kathmandu is a 1988 television film starring Milla Jovovich, Eddie Castrodad and Pernell Roberts. It was directed by Robert Wiemer.

Lily is forced to leave Princeton, and with her parents and brother she travels to Nepal. She is unhappy that she had to leave her own country and her old life behind to visit this mystic country with her family. Once there, however, she meets a mysterious Sherpa named Joharv and falls in love with him and the country. Joharv leads Lily as well as her brother and her anthropologist father to search for the legendary invisible "City That Never Was" against the backdrop of the Himalayas.