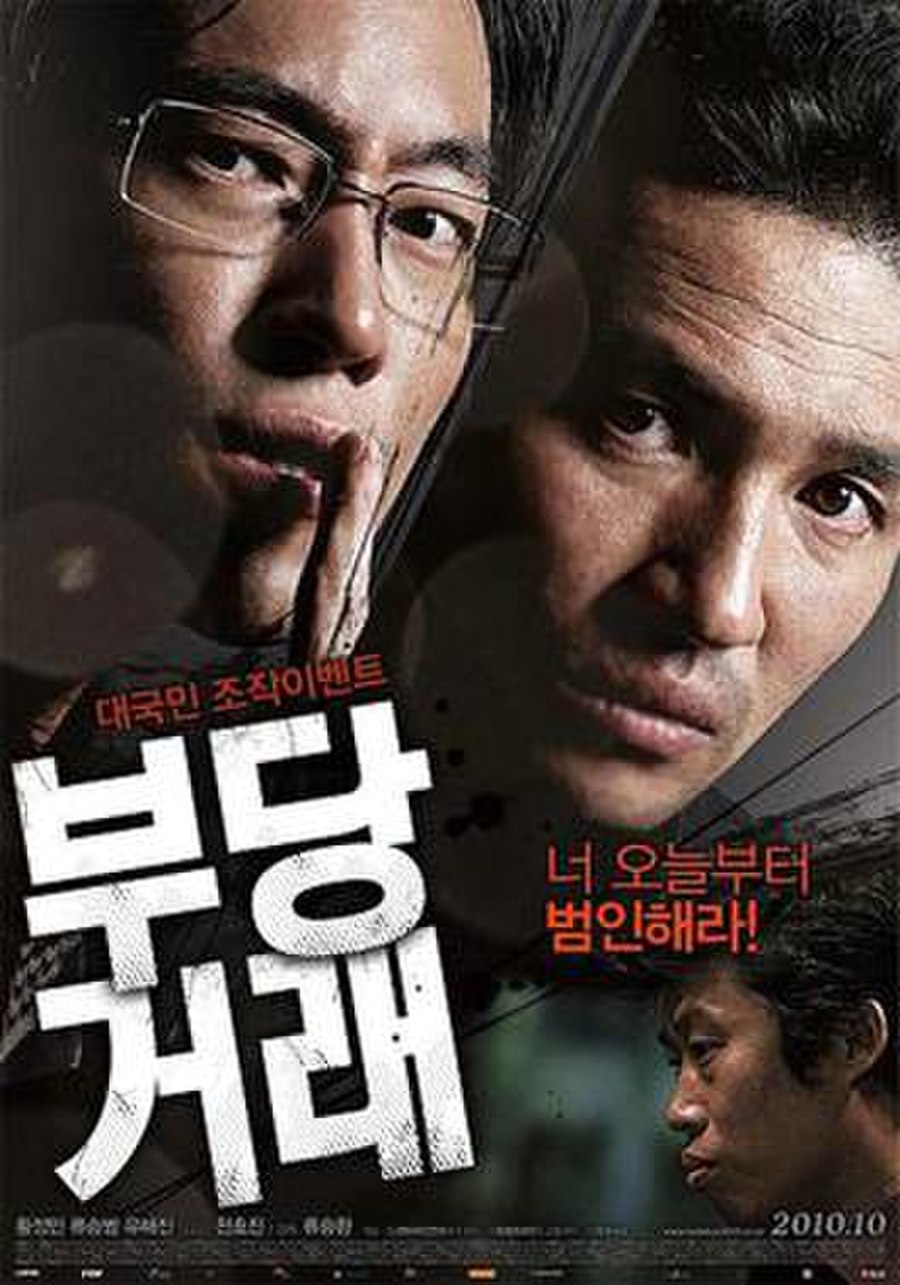 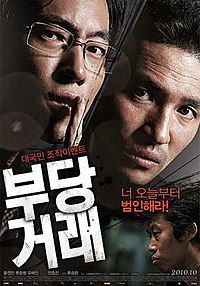 The Unjust (; lit. "Bad deal" or "Unfair trade") is a 2010 South Korean action crime film by Ryoo Seung-wan. It is a dark and bitter denunciation of corruption in the South Korean justice system.

After the rape and murder of 5 elementary schoolgirls, a crime which deeply upsets the entire country, a fleeing suspect is shot and killed by the police. This leads to bad publicity because the guilt of the suspect cannot be proved, and the real attacker may still be at large. Under pressure from the Blue House, a senior police official assigns Choi, a police captain, on a highly sensitive mission, namely to find a former child rapist who can take the blame. Choi, in return, is promised a promotion and the dismissal of an internal investigation against him, which was caused by his brother-in-law receiving money from Jang, a corrupt businessman. Meanwhile, a corrupt prosecutor named Joo cancels the criminal charges, brought about by an investigation lead by Choi, against a corrupt businessman named Kim, who is also Jang's rival in a bid for a construction deal.