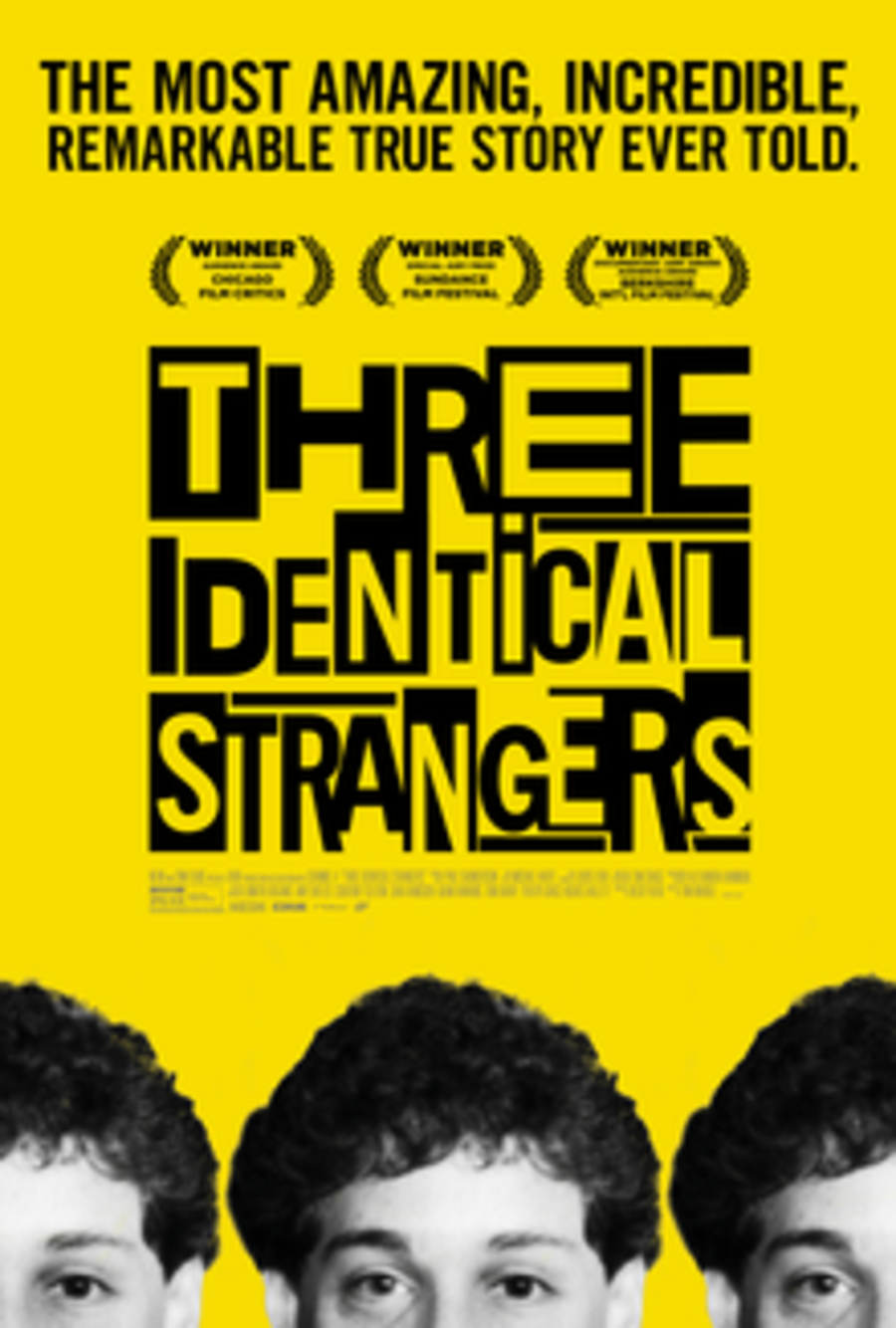 Three Identical Strangers is a 2018 documentary film directed by Tim Wardle and starring Edward Galland, David Kellman, and Robert Shafran. It examines a set of American identical triplets, born in 1961 and adopted as six-month-old infants by separate families, unaware that each child had brothers. The separations were done as part of an undisclosed scientific "nature versus nurture" twin study, to track the development of genetically identical siblings raised in differing circumstances. Combining archival footage, re-enacted scenes, and present-day interviews, the documentary reveals how the brothers discovered one another at age 19 and thereafter sought to understand the circumstances of their separation.

The three brothers were born to a teenaged single mother on July 12, 1961. They were actually quadruplets; the fourth brother died at birth, although this information reported by UPI was not included in the film. At the direction of psychiatrists Peter B. Neubauer and Viola W. Bernard, under the auspices of the Jewish Board of Guardians and the prestigious Louise Wise adoption agency, the three infants were intentionally placed with families having different parenting styles and economic levels – one blue-collar, one middle-class, and one affluent – who had each adopted a baby girl through the same agency two years earlier. The brothers were raised by their adoptive families as David Kellman, Eddy Galland, and Bobby Shafran, respectively. They discovered one another through a coincidental college connection in 1980 and became very close, but all three struggled with mental health issues for years, which ultimately led to Galland's suicide in 1995.