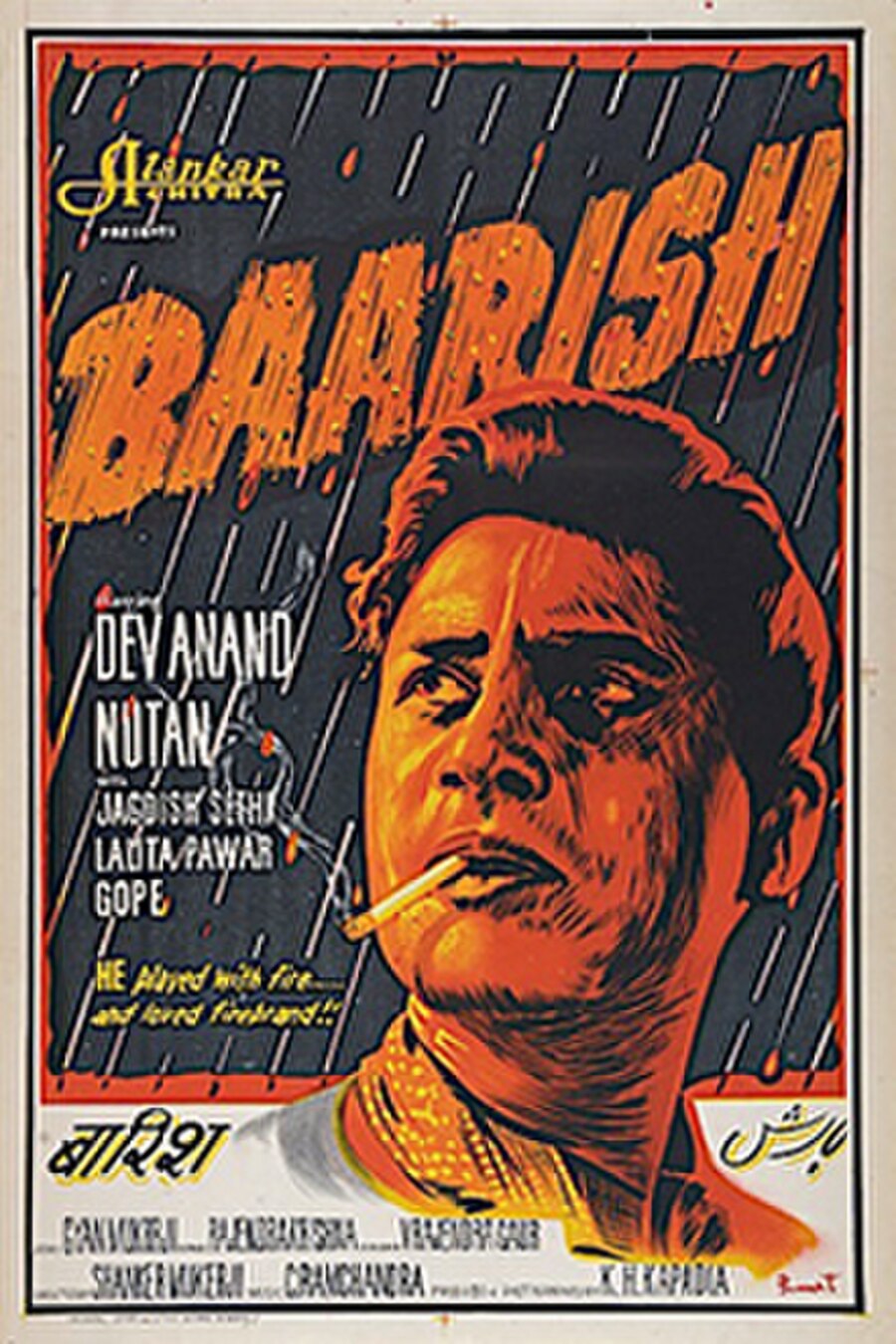 Baarish is a 1957 Bollywood crime drama film with Dev Anand and Nutan in the lead roles. Based on the American film On the Waterfront, it is the directorial debut of Shanker Mukherjee.

Ramu is a young carefree man who raises pigeons. One day, he experienced the shock of his life, his best friend Gopal is murdered. For Ramu, one thing is certain that, he wants revenge.