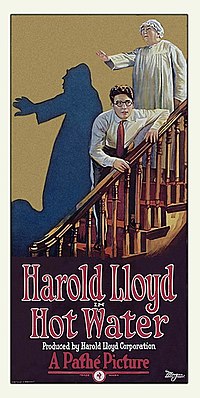 Episodic in nature (effectively three short films merged into one), the first episode features Hubby winning a live turkey in a raffle and taking it home on a crowded streetcar, much to the chagrin of the other passengers. The second features Hubby grudgingly taking the family en masse out on his brand new Butterfly Six automobile, and the third is an escapade with his sleepwalking mother-in-law. The third segment almost qualifies the film as a horror movie, as in it, Hubby mistakenly believes he has killed his mother-in-law, and when she starts sleepwalking later, he thinks she's a ghost haunting him.