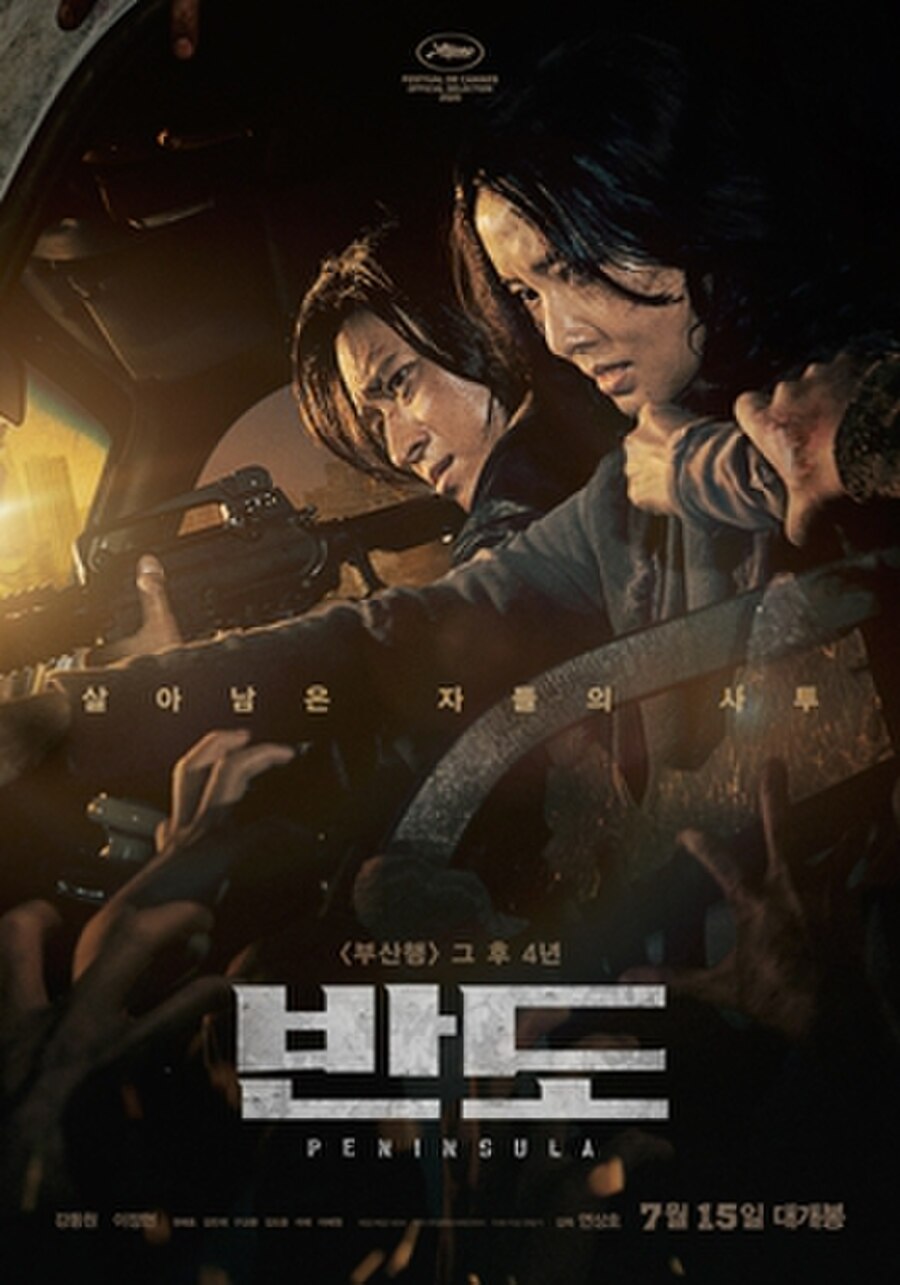 Peninsula (; marketed in the United States as Train to Busan Presents: Peninsula) is a 2020 South Korean action horror film directed by Yeon Sang-ho. It is a standalone sequel to the 2016 film Train to Busan and follows a soldier who is sent along with his team to retrieve a truck full of money from the wastelands of the Korean peninsula now inhabited by zombies, rogue militia and a nice family.

Marine Captain Jung-seok is driving his elder sister, her husband Chul-min and his nephew Dong-hwan to a ship leaving South Korea, which is being swept by a zombie outbreak. On the way, he encounters a family with a young child who needs a hitch, but he ignores the family's pleas and drives away. In the cabin of the ship, an infected man turns into a zombie and infects numerous people, including Dong-hwan. Jung-seok then unwillingly decides to leave Dong-hwan and his mother behind and stops Chul-min, who returns after getting some supplies, from entering the cabin.