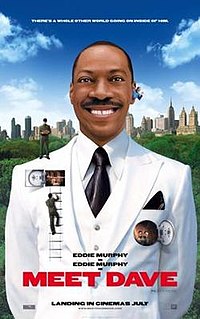 In his New York City apartment, a young boy named Josh Morrison (Austyn Lind Myers) stares through his telescope at an object falling from the sky. It is a golf-ball-sized metal ball that flies through the window and lands in his fishbowl, quickly draining the water along with the goldfish. He decides to show it at his school's science class presentation.