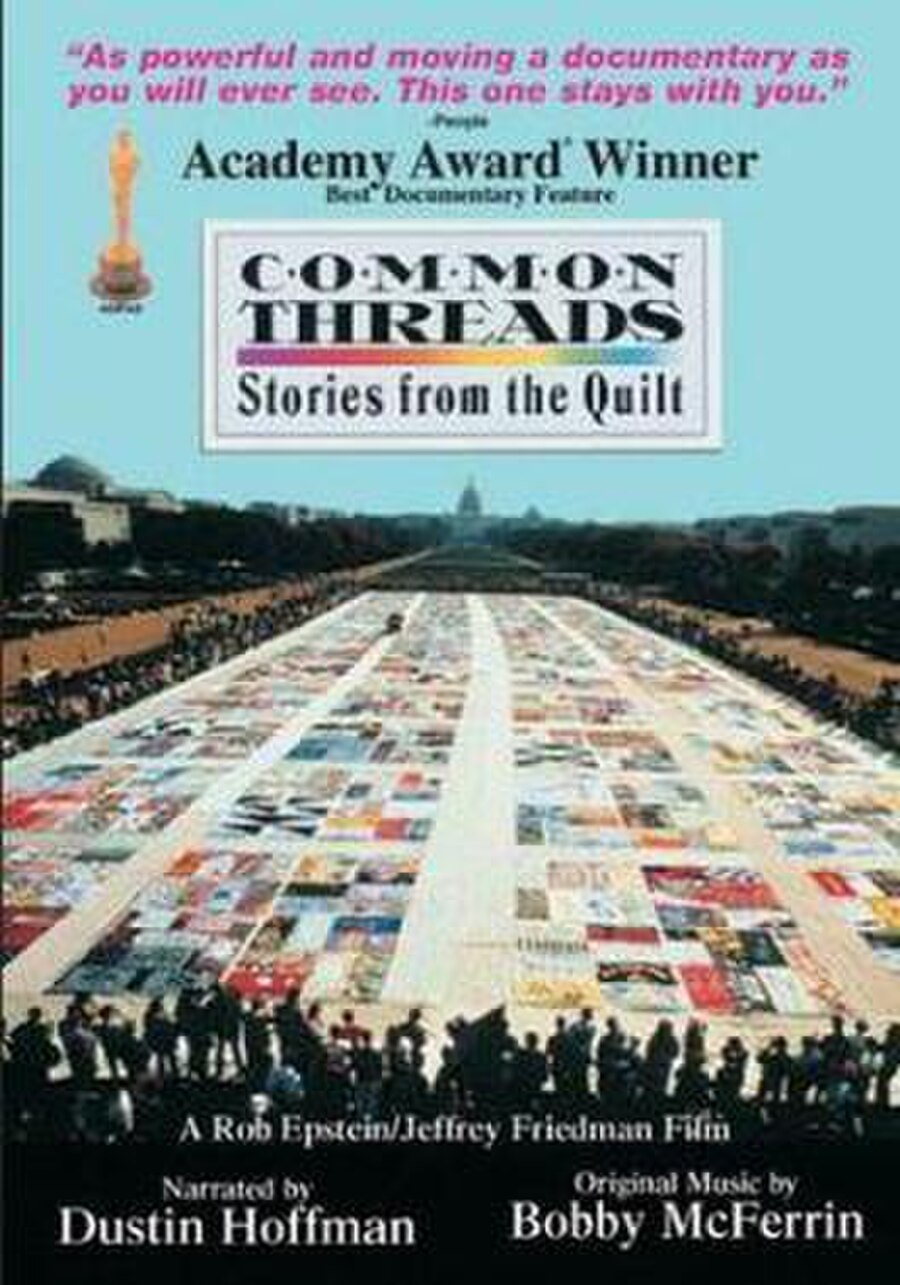 Common Threads: Stories from the Quilt 1989

Common Threads: Stories from the Quilt is a 1989 American documentary film that tells the story of the NAMES Project AIDS Memorial Quilt. Narrated by Dustin Hoffman with a musical score written and performed by Bobby McFerrin, the film focuses on several people who are represented by panels in the Quilt, combining personal reminiscences with archive footage of the subjects, along with footage of various politicians, health professionals and other people with AIDS. Each section of the film is punctuated with statistics detailing the number of Americans diagnosed with and dead of AIDS through the early years of the epidemic. The film ends with the first display of the complete (to date) Quilt at the National Mall in Washington, D.C. during the 1987 Second National March on Washington for Lesbian and Gay Rights.