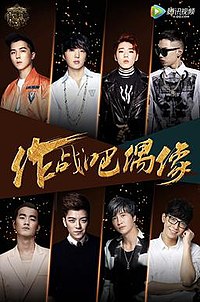 The Collaboration is a 2016 Chinese and South Korean collaboration television program focused on creating a collaboration between Korean and Chinese artists. It airs simultaneously in China on Tencent and in South Korea on SBS MTV every other Thursday at 8:00 pm (CST) and 9:00 pm (KST). It is co-created by Peng Xun and SBS for the 24th anniversary of the China-South Korea relations. Season 2 (The Collaboration Season 2) takes place in 2018