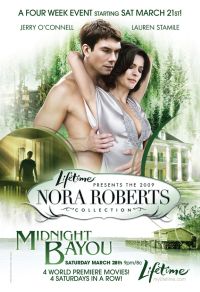 Midnight Bayou, also known as Nora Roberts' Midnight Bayou, is a 2009 made-for-TV movie directed by Ralph Hemecker, which stars Jerry O'Connell, Lauren Stamile, and Faye Dunaway. The film is based on the 2001 Nora Roberts novel of the same name and is part of the Nora Roberts 2009 movie collection, which also includes Northern Lights, High Noon, and Tribute. The film debuted on March 28, 2009, on Lifetime.

The film revolves around Harvard-educated lawyer Declan Fitzpatrick (O'Connell), who impulsively gives up his settled life to buy Manet Hall, a newly restored plantation manor near New Orleans, which he has always been drawn to.