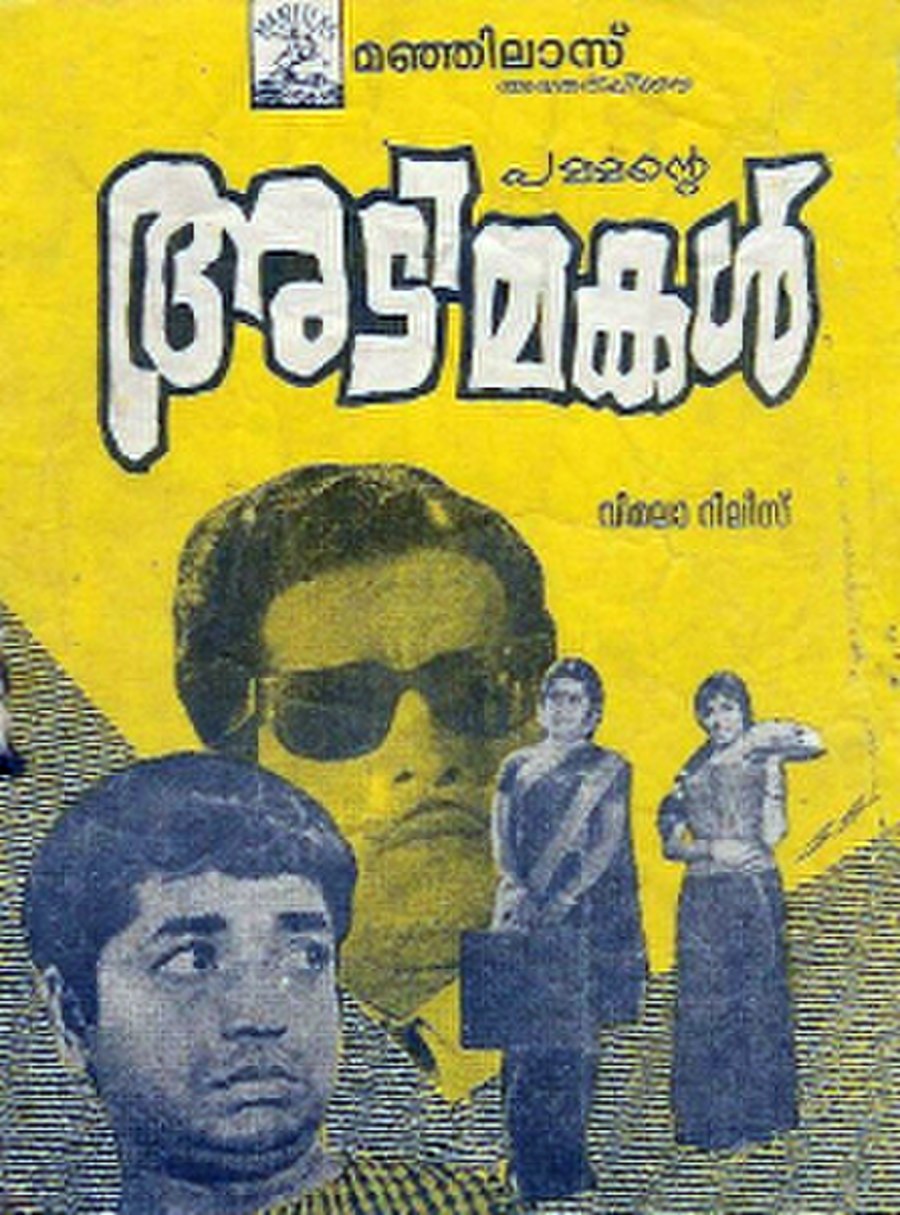 Adimakal is a 1969 Indian Malayalam film, directed by K. S. Sethumadhavan and produced by M. O. Joseph. The film stars Prem Nazir, Sathyan, Sheela and Sharada in the lead roles. The film had musical score and songs composed by G. Devarajan. It won the National Film Award for Best Feature Film in Malayalam and Filmfare Award for Best Malayalam Film. The film is based on the novel of the same name by Pamman. The film was remade in Telugu as Chilakamma Cheppindi (1977) and in Tamil as Nizhal Nijamagiradhu.