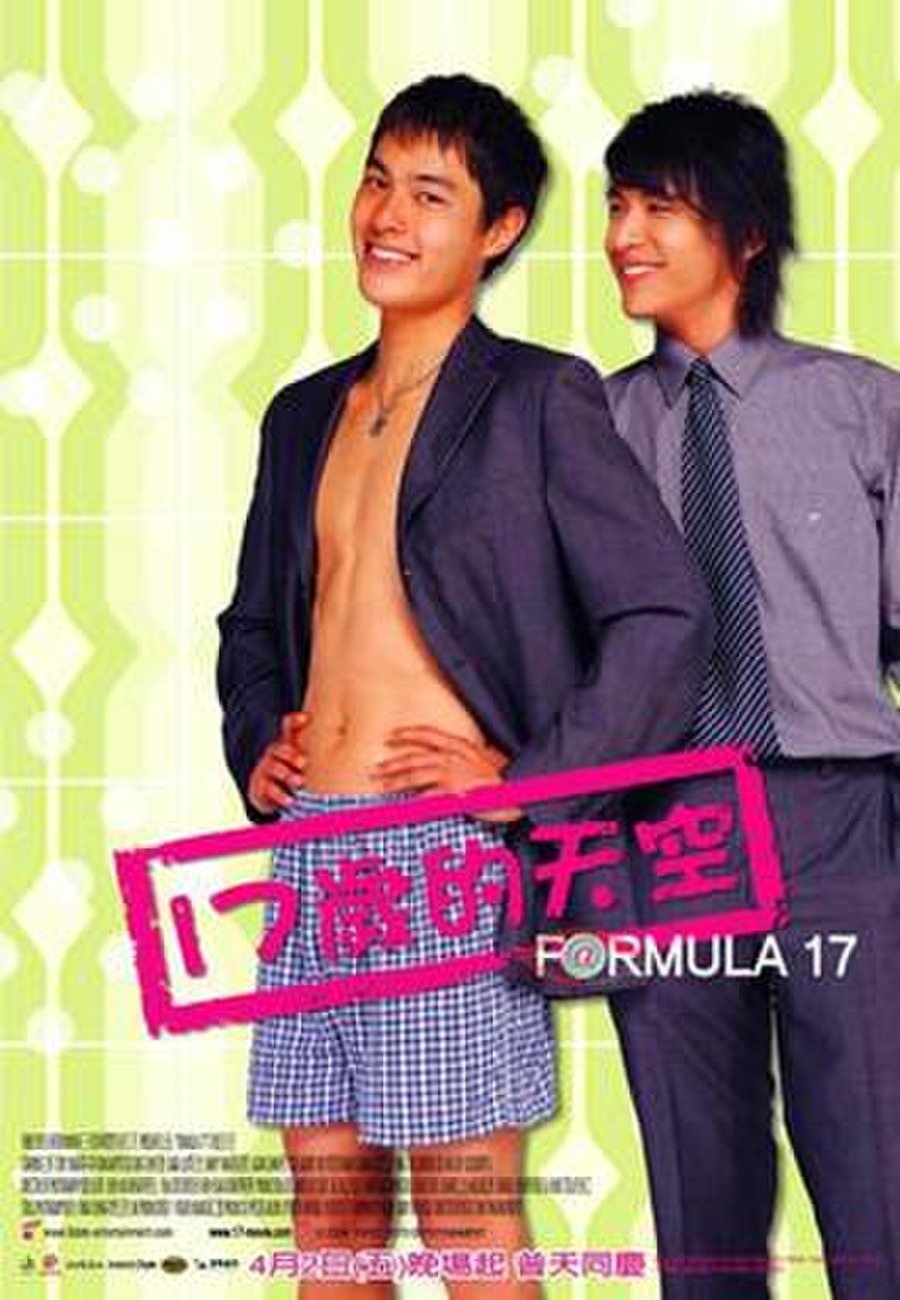 Formula 17 is a 2004 Taiwanese film directed by Chen Yinjung. It stars Tony Yang, Duncan Chow, King Chin, Dada Ji, Jimmy Yang, and Jason Chang. It is a gay romantic comedy film about Chou Tien Tsai, a romantic Taiwanese young man who takes a trip to visit an online boyfriend in person for the first time. Finding his internet relationship unsuitable for his real life, he moves on with his life and rooms with an old time friend of his. The film describes Tien's experiences with his loyal roommate and his friends, and a surprising relationship that he develops with the local "Playboy".

Naïve country bumpkin Chou Tien Tsai (Tony Yang) goes to Taipei to meet an internet friend face-to-face. Being a romantic, and believing in 'true love' (he even has a book called Love Is A Kind Of Faith), he is sorely disappointed when his internet friend, Kevin, suggests they have sex with no love. Tien instead goes to a bar and runs into his ex-classmate Yu (Jin Qin) and Yu's friend CC (Dada Ji). In the same bar, he encounters the 'Number One Playboy' Bai Tieh Nan (Duncan Chow), who is notorious for one night stands. Despite professing his dislike for 'men who play with love', Tien can't help being drawn to Bai.