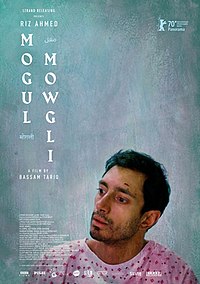 Mogul Mowgli is a 2020 drama film directed by Bassam Tariq, and written by Tariq and Riz Ahmed. It stars Ahmed and features Aiysha Hart, Alyy Khan, Sudha Bhuchar, Nabhaan Rizwan, and Anjana Vasan. It tells the story of a British-Pakistani rapper who is struck down by a disease.

Zed is a British-Pakistani rapper who is based in New York. Before his world tour begins, he gets an autoimmune disease. He returns to see his Pakistani family in London.