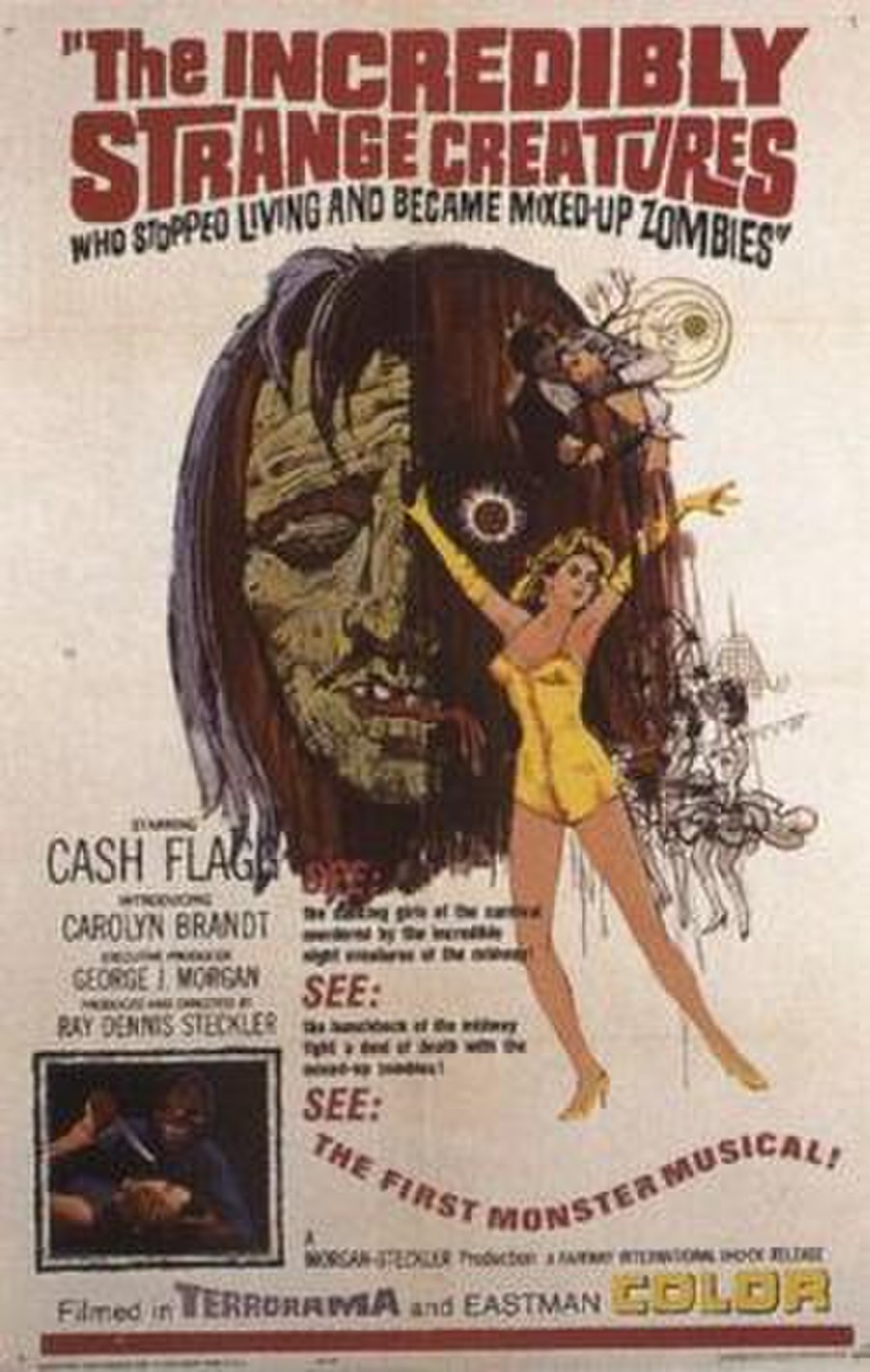 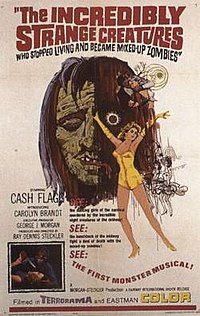 The Incredibly Strange Creatures Who Stopped Living and Became Mixed-Up Zombies (sometimes "!!?" is appended to the title) is a 1964 American monster movie written and directed by Ray Dennis Steckler. Steckler also starred in the film, billed under the pseudonym "Cash Flagg". Upon release, the film received negative reviews, and is regarded by some critics as being one of the worst movies ever made.

Free-spirited Jerry (Steckler as "Flagg"), his girlfriend Angela (Sharon Walsh), and his buddy Harold (Atlas King) head out for a day at a seaside carnival. In one venue, a dance number is performed by Marge (Carolyn Brandt), a superstitious alcoholic who drinks before and between shows, and her partner, Bill Ward, for a small audience. Backstage, Marge sees a black cat and, disturbed by its appearance, visits powerful carnival fortune-teller Estrella (Brett O'Hara) to find out what it means. In her fortune-telling booth, Estrella predicts death for Marge, who runs out, terrified, past Jerry, Angela, and Harold. The three decide to have their fortunes told. Estrella predicts "a death near water" for someone close to Angela.