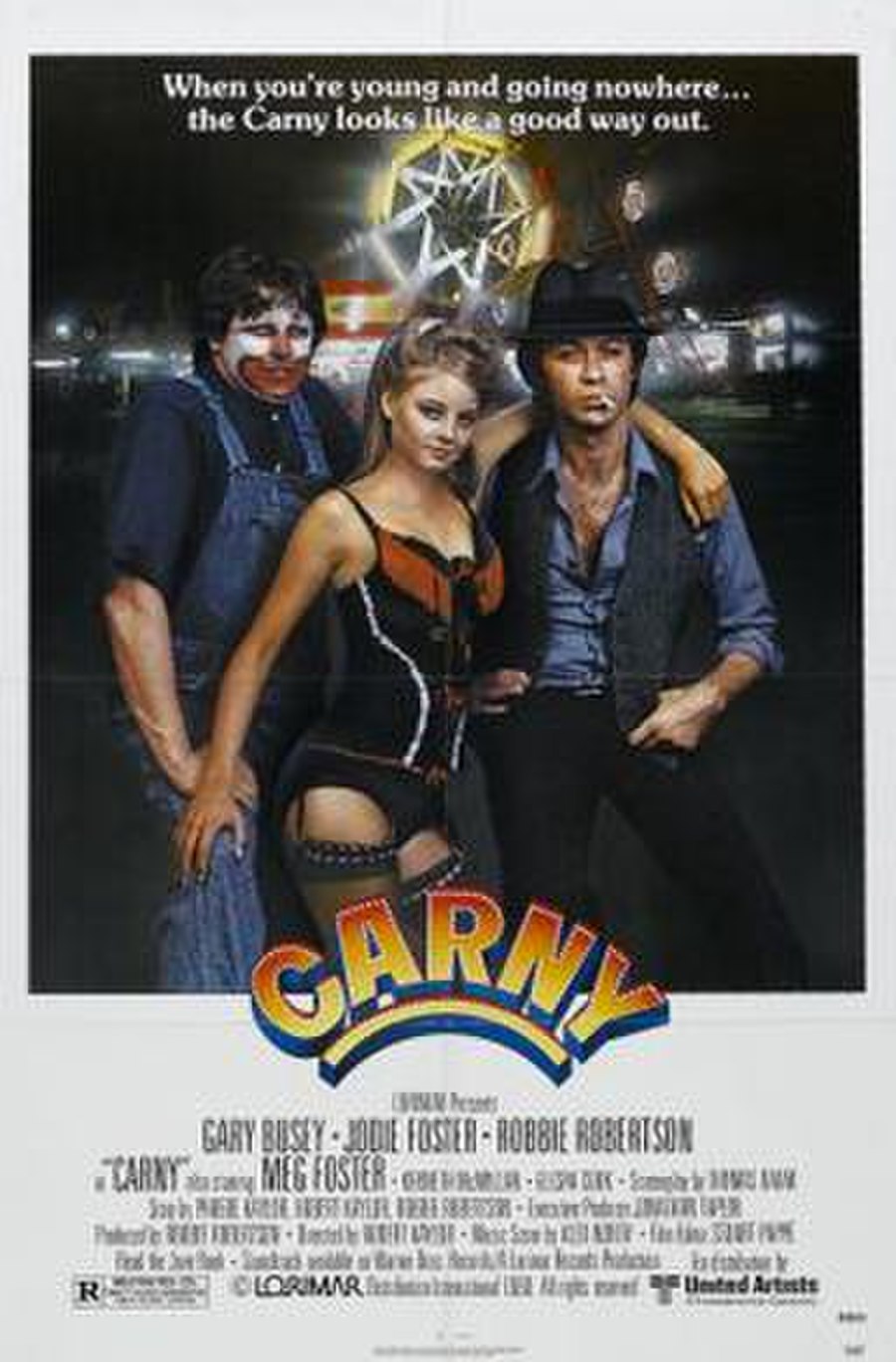 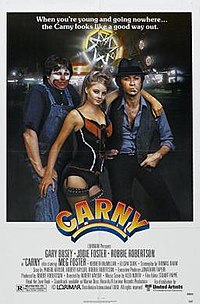 Carny is a 1980 drama film about a waitress who joins a traveling carnival. It stars Gary Busey, Jodie Foster, and Robbie Robertson. It also includes an early role for Fred Ward.

Frankie (Gary Busey) and Patch (Robbie Robertson) are friends who work for the Great American Carnival, a small-time carnival that tours the South. Frankie does an act as The Mighty Bozo, a character who sits in a dunk tank insulting the crowd, while Patch takes the money and runs the game. Patch is also the show's "adjuster," hence his carny name, working with the owner of the carnival, Heavy St. John (Kenneth McMillan) negotiating deals with local officials and representatives of the local underworld to keep the show open.