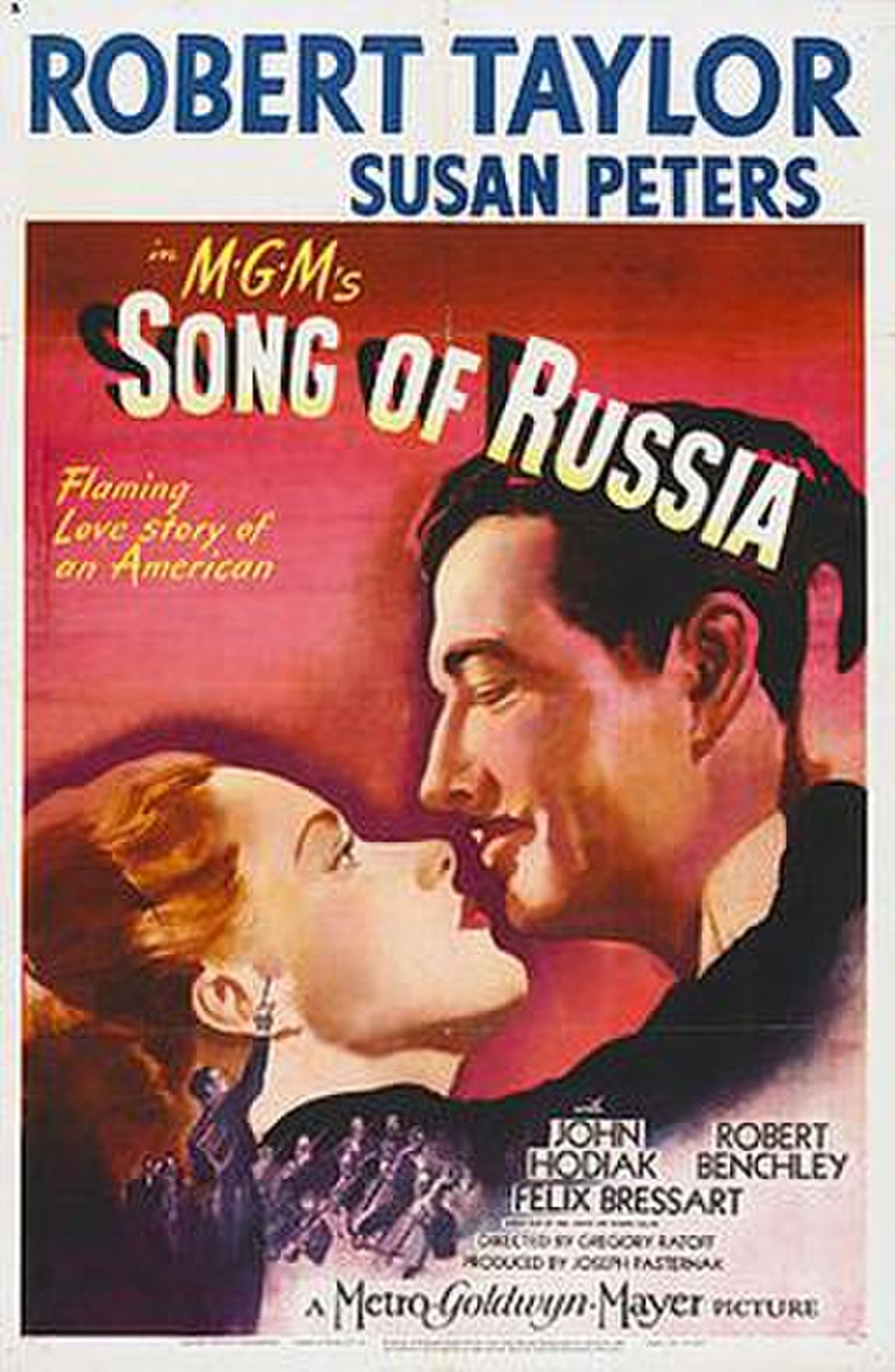 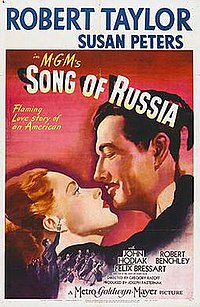 Song of Russia is a 1944 American war film made and distributed by Metro-Goldwyn-Mayer. The picture was credited as being directed by Gregory Ratoff, though Ratoff collapsed near the end of the five-month production, and was replaced by László Benedek, who completed principal photography; the credited screenwriters were Paul Jarrico and Richard J. Collins. The film stars Robert Taylor, Susan Peters, and Robert Benchley.

American conductor John Meredith (Robert Taylor) and his manager, Hank Higgins (Robert Benchley), go to the Soviet Union shortly before the country is invaded by Germany. Meredith falls in love with beautiful Soviet pianist Nadya Stepanova (Susan Peters) while they travel throughout the country on a 40-city tour. Their bliss is destroyed by the German invasion.