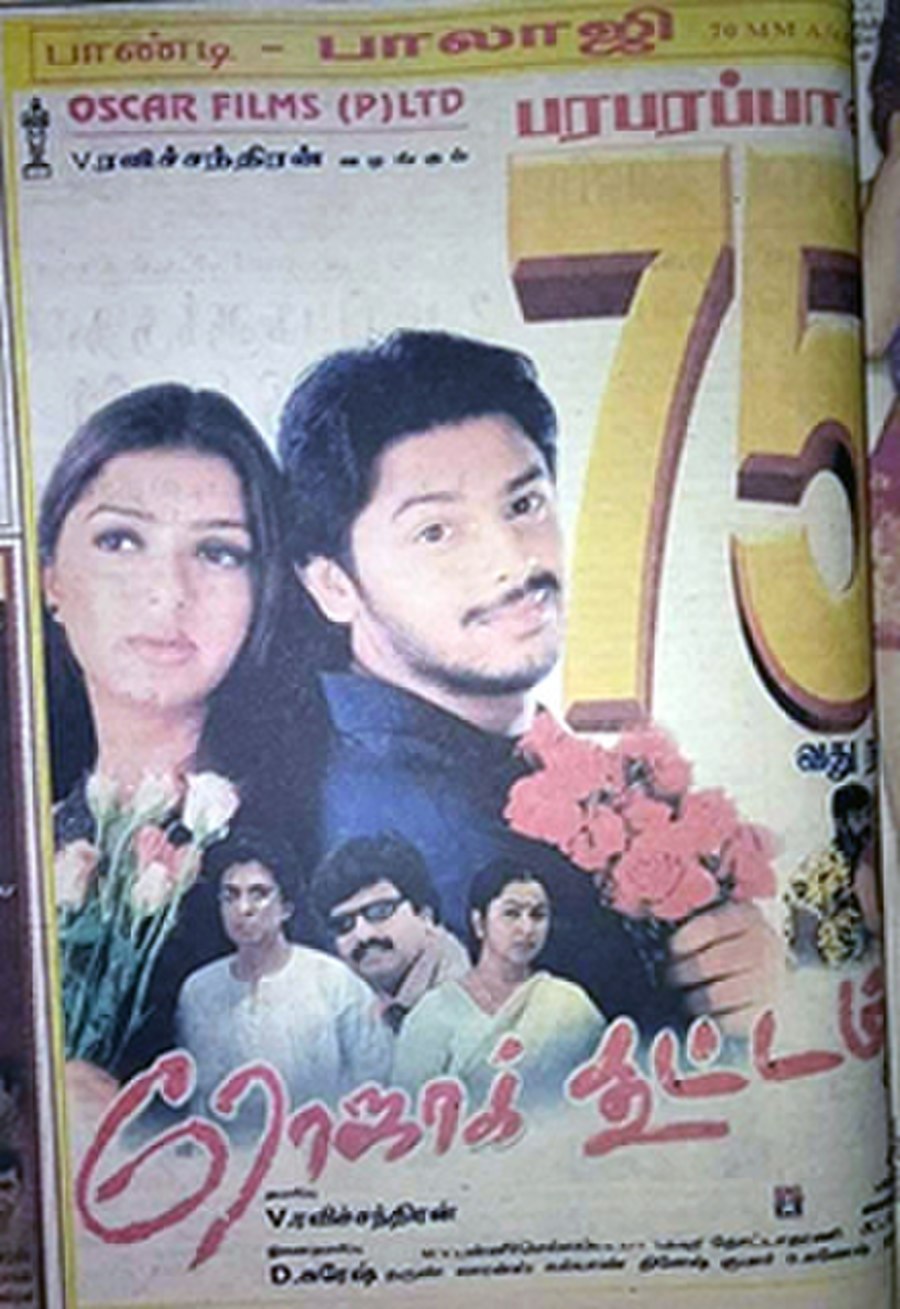 Roja Kootam is a 2002 Indian Tamil romance film directed by Sasi. The film stars Srikanth and Bhumika Chawla as the lead pair. The film's score and soundtrack are composed by Bharathwaj. This was Srikanth's debut movie. The film was remade in Kannada as Manasina Maathu with Ajay Rao and Aindrita Ray. The film was dubbed into Telugu with the title Roja Poolu.

Ilango (Srikanth) and Sriram (Akash) are best friends. Ilango is the only son of Radhika and Raghuvaran, who aren't interested in anything but his academics. He falls in love with Manohari (Bhumika), who also eventually happens to reside opposite their house, with her loudmouthed sub-inspector mother (Rekha). With the responsibilities of a brother to get his sisters married, Sriram leaves for Libya on a job received through Ilango's parents. Before he leaves, he tells Ilango that Mano and himself are in love, and asks Ilango to look after his lover until he is back. Ilango swallows his love secret for the sake of friendship. Meanwhile, Manohari's mother arranges for her to marry Vijay Adhiraj for his wealth. At this juncture, Mano and Ilango lie that they are already married. They both leave their parents, and Ilango starts earning to support Mano. Finishing his job assignment, Sriram returns, only to give yet another family responsibility as an excuse. He apologizes for not being able to marry Mano as he is a tight corner to marry somebody else for the sake of his sister's marriage. Later, Mano leaves to Mumbai after a job opportunity. Ilango's parents come to know the truth that he and Mano are not married. They accept them. Radhika knows Mano as the girl Ilango loved, but he would not accept it since Mano might think wrong of him. Later in the train station, things turn plates and Mano comes to know that she is the girl he loved and accepts him.