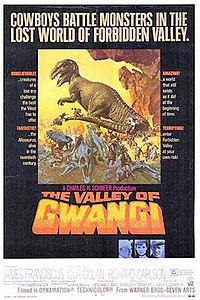 In Mexico at the turn of the 20th century, a cowgirl named T.J. Breckenridge hosts a struggling rodeo. Her former lover, Tuck Kirby, a heroic former stuntman working for Buffalo Bill's Wild West Show, wants to buy her out. Along the way, he is followed by a Mexican boy named Lope, who intends to join the rodeo on a quest for fame and fortune. T.J. is not interested in Tuck because of this, but Tuck is still attracted to T.J., especially when T.J. jumps off a diving board on her horse. T.J. finally accepts Tuck when he saves Lope from a bull and the two kiss.